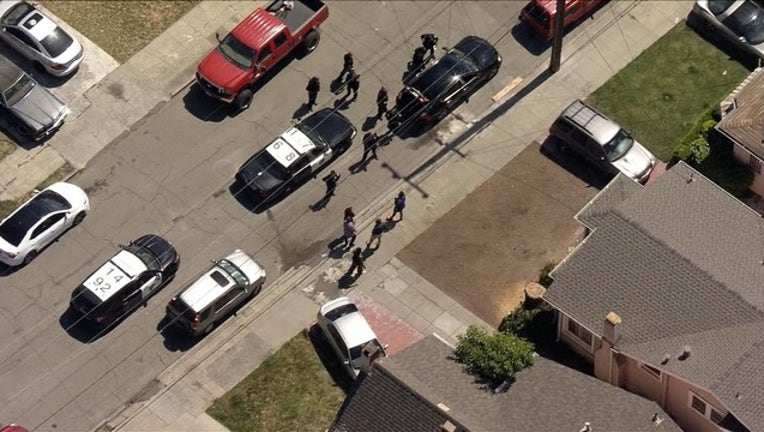 OAKLAND, Calif. (BCN) - One person has been arrested and a gun has been recovered after a shooting this afternoon in Oakland, police said.

Police wrote on Twitter at 3:09 p.m. about the shooting reported in the 7500 block of Hillmont Drive, but did not specify if anyone was injured.

Officers were searching the area for additional suspects this afternoon, according to police.

No other details about the case were immediately released.