Statewide eviction protections are coming to an end June 30. This will have a huge impact on the tens of thousands of Californians who are still waiting on a response or money from the COVID-19 emergency rental assistance program.

SACRAMENTO, Calif. - California rent relief eviction protections expire at the end of June, potentially negatively affecting the tens of thousands who are still waiting on a response or money from the state’s COVID-19 emergency rental assistance program.

Dozens of tenants tell KTVU they fear losing their home, despite applying, meeting income eligibility, submitting necessary documents, and waiting months for approval of relief payments from the state.

"I’m pretty sure I’m going to be out on the streets," Los Angeles renter Mario Martinez said. "The landlord has been more than patient and working with me through all of this and I just keep telling him to hold on, it’s coming."

The program stopped accepting new applications in March, but a large number of households still have their applications under review, according to data from the Department of Housing and Community Development (HCD).

National Equity Atlas, which analyzed that statewide data, found as of June 23, more than 85,000 renter households are awaiting application review. Of that, more than 28,000 are initial applicants and more than 57,000 applied for additional assistance. 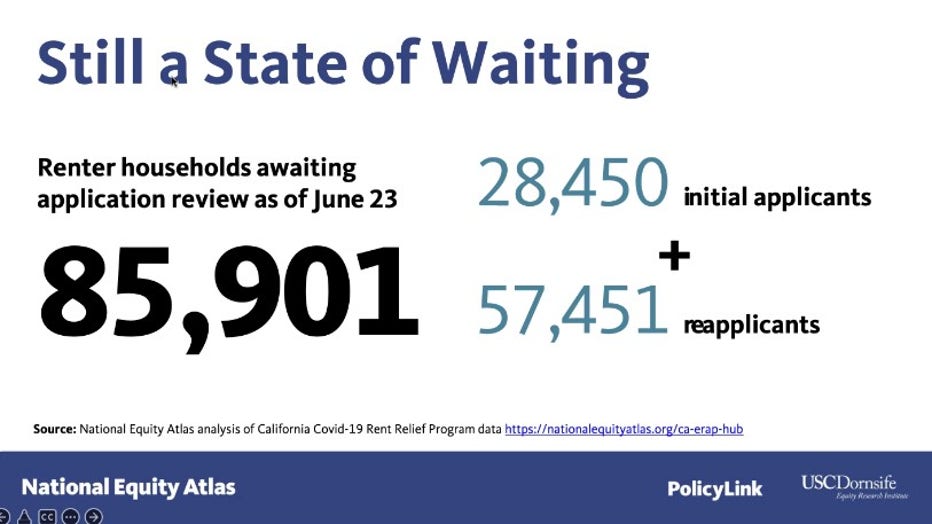 That backlog has been an ongoing problem for months.

The state promised in March it would process and pay approved applications before July 1.

At current pace, PolicyLink Vice President of Research, Sarah Treuhaft said the chances of that are slim.

"When it’s not living up to that promise, when people are waiting so long for the assistance and then they’re evicted because they’re waiting – that is a failure," she said.

Treuhaft has kept a close eye on the program, finding one in three households were facing imminent eviction when they applied.

With the remaining statewide eviction protections for rental assistance applicants expiring June 30, those still waiting could face eviction for rental debt that the program could eventually cover.

There are growing fears the housing and homelessness crisis will worsen if an extension of the program is not put in place.

"The promise of this program was immense…to clear people’s rents to allow for an equitable recovery," Treuhaft said. "It’s on them [the state] to fix the problems with the program so it can deliver on that promise."

HCD turned down KTVU’s repeated interview requests. But a spokesperson said the rent relief program has paid out more than $3.8 billion dollars to more than 320,000 low income households.

"People who are eligible for rental assistance are being harmed by these denials," said Attorney Madeline Howard with Western Center on Law and Poverty who’s leading the lawsuit. "I think there’s some lack of understanding of how quickly evictions move and how many people are facing eviction because they’re not getting the rental assistance in time." 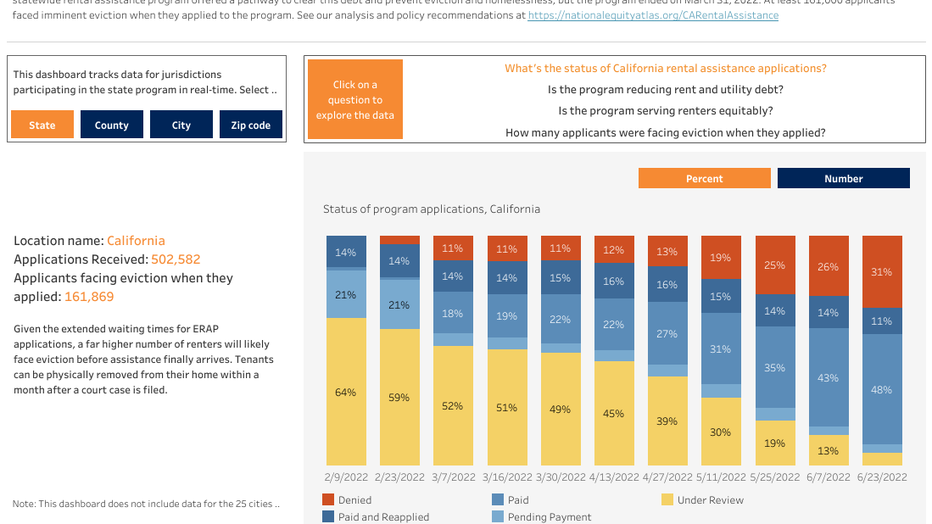 Data and analysis shows a skyrocketing spike in denials over several weeks as HCD has tried to hightail processing. Close to 158,000 statewide were denied, which is roughly one in three applicants, according to National Equity Atlas.

KTVU has heard from struggling renters who all say they don’t know exactly why they were denied. 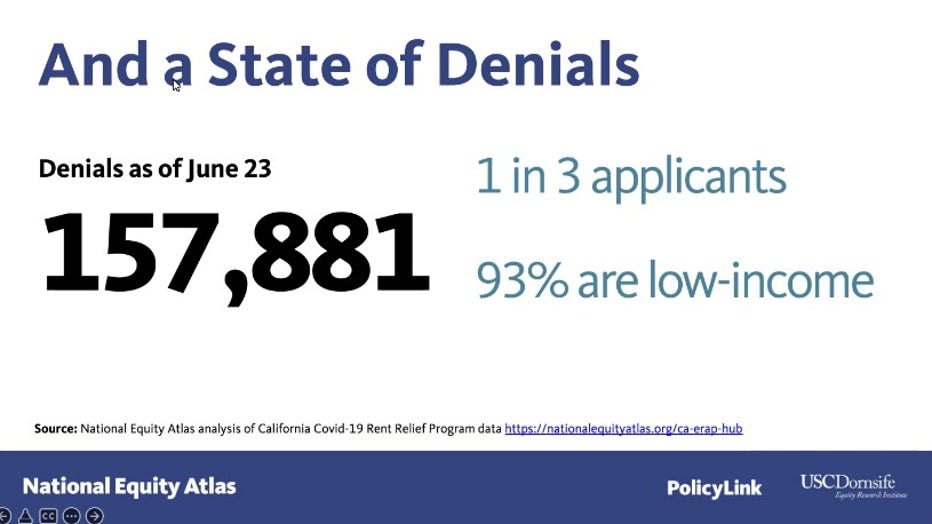 "People are getting these notices and they say, ‘What? I don’t understand why. Why am I denied?’ Because the state’s not really telling people," Howard said. "And that makes it difficult for them to challenge the decision."

While applicants do have 30 days to appeal a denial, some have reported never getting a response to their appeal.

"They promised to have a system where they would help the people," renter Natasha Ayala said. "They have not helped the people. They’ve ignored the people."

HCD did not respond or answer specific questions and instead sent a statement that said in part:

"We are focused on getting all remaining applications processed. Applications are processed based on the responsiveness of applicants submitting all requested documents or information. This program was designed to be a temporary support and we stand by the work to date that kept Californians housed during the COVID-19 pandemic."

Currently, there is not plan to extend state rent relief payments or to expand the program.

Housing advocates are calling for permanent tenant protections to prevent an increase in evictions and homelessness.