Hundreds of thousands of Californians are still waiting on emergency COVID-19 rental assistance. New applications for the program closed at the end of March. KTVU found that some applied as far back as last summer and have yet to receive any relief.

BRENTWOOD, Calif. - Hundreds of thousands of Californians are still waiting for emergency COVID-19 rental assistance, despite the program closing to new applicants at the end of last month.

State data shows less than half of the households that applied for rental relief have actually seen funding. While nearly a half million have completed an application, about a quarter million are still considered "under review."

"We’ve had to choose between paying bills and feeding our family," mother Melissa Menez said. "I don’t know what’s taking so long."

The state program was launched in March 2021 to help tenants and landlords facing financial hardship during the pandemic.

But KTVU found some applied as far back as last summer, and still not received any help.

Menez and her husband have rented their Brentwood home for five years and raised both of their young children there. They said the pandemic brought about new financial troubles, forcing them to apply for emergency rental assistance in August.

"After countless phone calls, I was never given any new information," said Menez. "Everybody just said be patient, they’re processing it, they’ll get to it."

And they’re not alone. Nearly a dozen other tenants and landlords reached out to KTVU and said their applications have been stuck for months.

Policy Link, a nonprofit focused on racial and economic equity, analyzed the state data finding nearly 100,000 Bay Area renters have applied for emergency rental relief but more than half, at least 51,000 are waiting for applications to be processed. 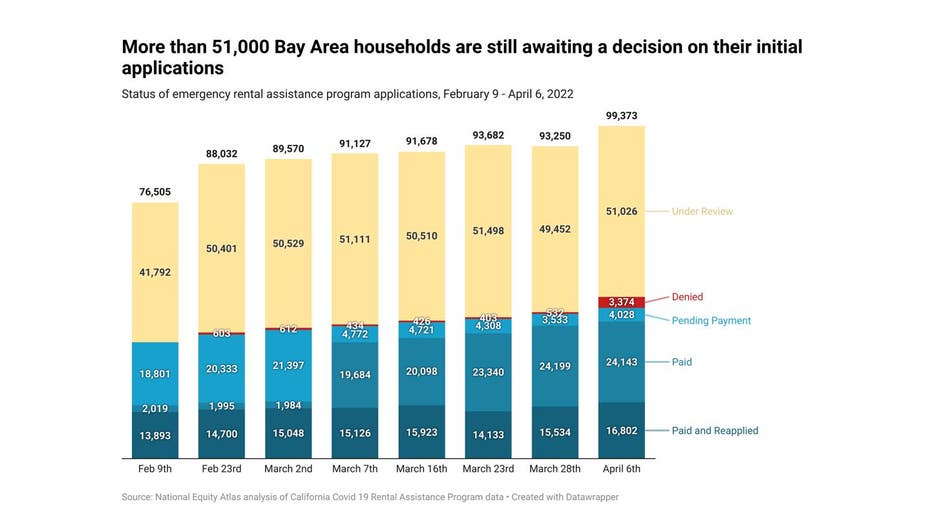 Policy Link estimates at least 194,000 households are on the verge of getting kicked out or losing their homes, as seen in data published by the National Equity Atlas.

"It’s incredibly stressful for renters in that position because they don’t know if they’re going to get help and when it will come," Treuhaft said. "So how do they manage their finances? How do they manage these communications with their landlords?" 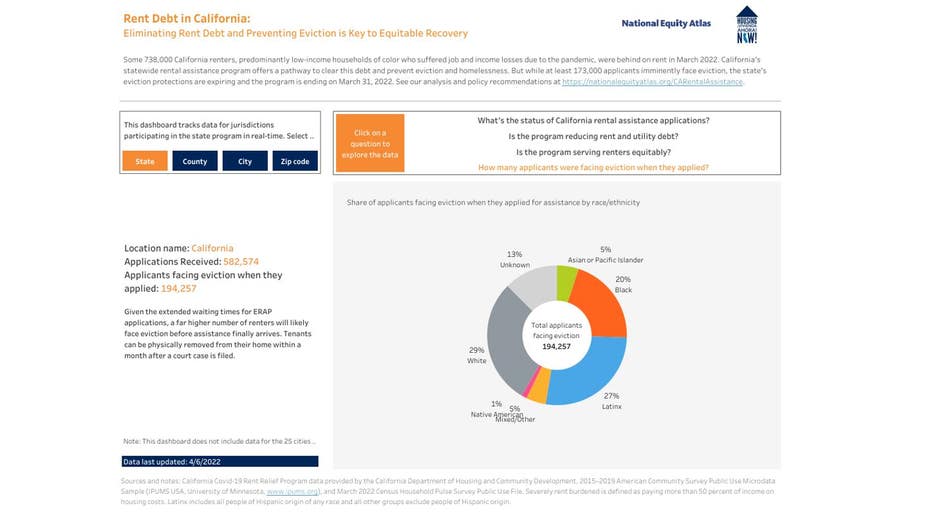 It comes despite lawmakers extending eviction protections through the end of June.

California Attorney General Rob Bonta sent warning letters at the end of March to eviction attorneys that said tenants cannot be thrown out for unpaid rent unless they failed to apply for the program or were denied.

Several landlords told KTVU they did apply with their tenants months ago but have yet to see any money. While the program is not first come, first serve, it is based on need and vulnerability.

The California Department of Housing and Community Development manages the statewide program, which never existed before.

Deputy Director Geoffrey Ross admitted it has been a learning experience and a work in progress.

"We understand the frustration," Ross said. "Anyone that is in need, even if we can get them the money in matter of days, it’s not fast enough given the need."

He said legislative changes earlier this year have allowed processing to increase significantly.

Ross said any eligible applications for utilities and rental assistance submitted on or before March 31 will be paid in a matter of days or weeks.

"We are now moving as fast as we can," Ross said. "We’re looking at getting through every one of those applications in the next 12 weeks."

But the clock is ticking. At current pace, Policy Link estimates it will take about 30 weeks to process the backlog of applications, which means October, potentially putting renters at risk.

The state said by closing the portal for new applications and redirecting staff, it will meet the June deadline when eviction protections expire. 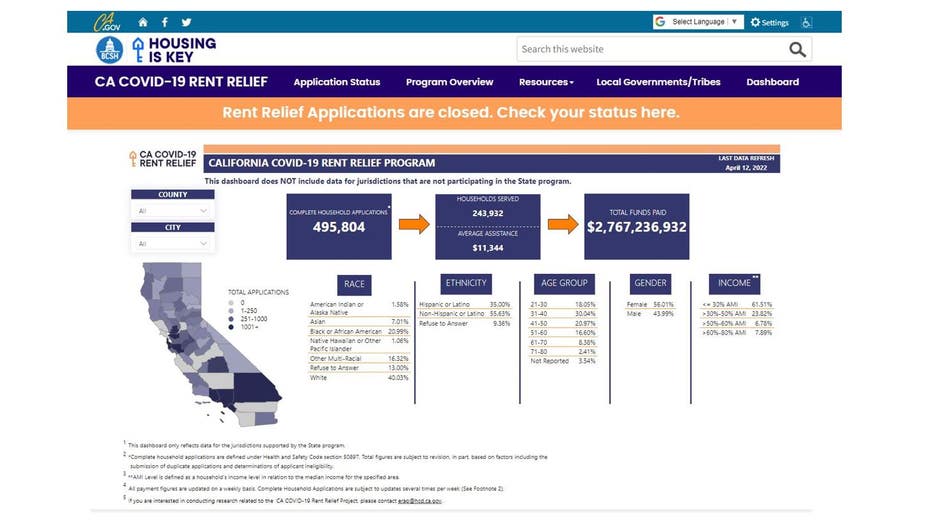 "I think we’re in a really good spot in terms of what we’re able to do and be able to wrap up this program," Ross said.

Still, it’s too little too late for some like the Menez family. They say the long wait and threats by their landlord are forcing them to plan on moving.

"It will be very hard to say goodbye," Menez said. "I can only hope and pray that what we move on to is something better."