One person was shot during a robbery near a camera and video business in Campbell. A pistol and broken camera equipment could be seen scattered outside the shop.

One person was shot and wounded during a robbery in Campbell near a video and camera business on Wednesday.

The alleged crime unfolded outside of San Jose Camera & Video at 11 a.m. on South Winchester Boulevard near East Hamilton Avenue.

Police have not said who was shot or what is their condition.

A pistol, camera cases, and other broken equipment were scattered on the ground. 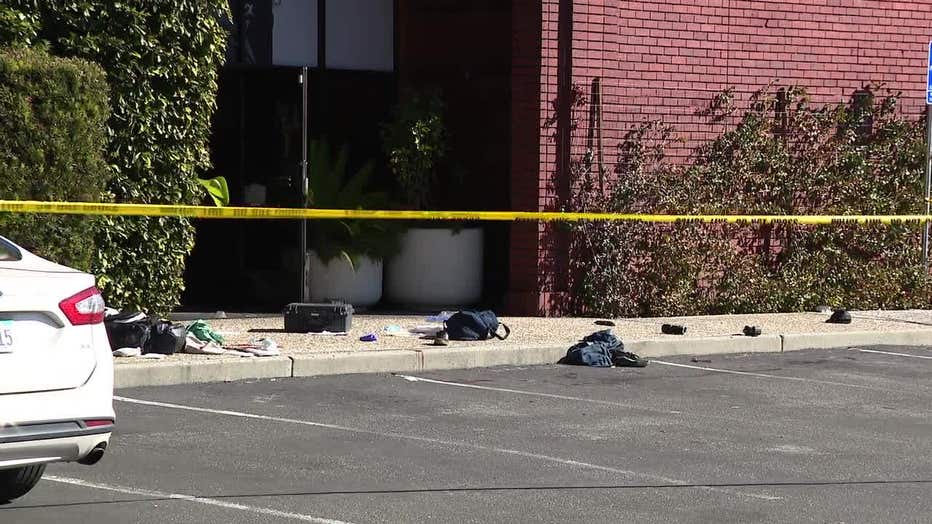 A pistol, camera cases and other other equipment were seen scattered on the ground after a robbery and shooting in Campbell on January 25, 2023.