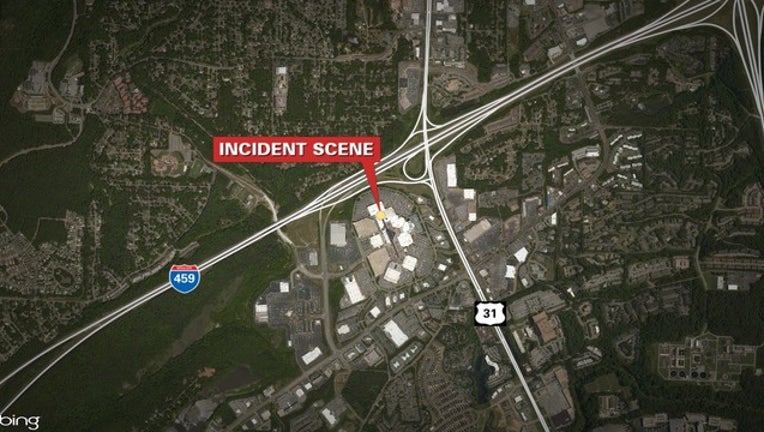 HOOVER, Ala. (AP) — Police responding to a fight inside an Alabama shopping mall shot and killed a man who had brandished a weapon, authorities said Friday. Two other people were injured, including a 12-year-old girl.

The Hoover Police Department said in a statement that two men were engaged in a “physical altercation” at the glitzy Riverchase Galleria in Hoover late Thursday, when one of the men pulled out a handgun and shot the other man twice.

Two officers who were providing security at the mall heard the gunfire and approached the area. They spotted a suspect waving a pistol and shot him. He died at the scene. His name was not immediately released, but police said he was 21 years old and from Hueytown.

The other shooting victim was an 18-year-old male from Birmingham. He was taken to a nearby hospital in serious condition. A 12-year-old bystander was also shot and taken to Children’s Hospital by a Hoover Fire Department rescue squad. She was reportedly in stable condition.

A witness, Lexi Joiner, told Al.com she was shopping with her mother when the gunfire started. Joiner said she heard six or seven shots and was ordered, along with some other shoppers, into a supply closet for cover.

“It was terrifying,” Joiner said.

Police said the fight occurred on the mall’s second floor concourse area, near the entrance to the Footaction shoe store.

Capt. Greg Rector said at a news conference that investigators do not know what sparked the original confrontation between the men.

The officer who shot the gunman has been placed on administrative leave while the Jefferson County Sheriff’s Office investigates the shooting. The officer’s name has not been released. The officers were not hurt.

The mall, located in the Birmingham suburb of Hoover, reopened at 6 a.m. Friday, a Riverchase Galleria mall security officer said. It bills itself as the largest enclosed shopping center in Alabama, with more than 150 stores.