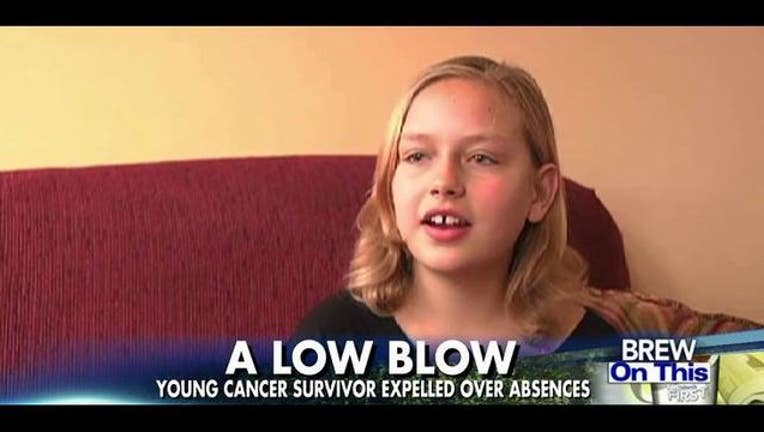 A 12-year-old Michigan girl who just beat cancer has now been dismissed from school over low attendance. Rose McGrath was diagnosed with leukemia in 2012. She finished her treatment in December and is now in remission. But just last week, she was dealt more bad news when she received a letter from St. Joseph Middle School, explaining that she was being dismissed for too many absences and poor academic performance.

"It's not really fair ‘cause I didn't do anything wrong but they still got rid of me," Rose said.

The school says it tried to work with Rose to reduce her workload.

"If we have to get to a point where we need to provide education by suggesting that another institution would be more helpful, then we're fulfilling our responsibility," Father John Fleckenstein, of Battle Creek Area Catholic Schools, said.