Police in Antioch are searching for suspects in a shooting that left a teenage girl dead and teenage boy wounded. KTVU's Henry Lee reports two men were seen leaving the area after the shooting.

ANTIOCH, Calif. - A 17-year-old girl was killed and a 17-year-old boy was injured following a shooting in a residential area of Antioch and as of early Wednesday morning, the suspect was not in custody, police said.

Officers were called out Tuesday about 7:10 p.m. to Morro and La Jolla drives after hearing several gunshots, according to Lt. John Fortner. The area shows mostly one and two-story homes in the neighborhood.

Just about the same time that officers were arriving to the shooting scene, the two teens arrived at a hospital suffering from at least one gunshot wound each, according to police.

Police did not say how the teens got there. But a witness told KTVU that police told him the boy drove the girl to Kaiser Antioch Medical Center on Sand Creek Road, where she died in the emergency room.

The boy suffered from a gunshot wound not considered life-threatening, Fortner said.

The Contra Costa County Coroner on Wednesday told KTVU that deputies have identified the teen, but have not been able to reach family members to let them know.

The suspect is only described as a man. No motive was revealed.

Video at the scene showed a bullet hole had shattered the front windshield of a silver car. There were five bullet holes in the car, which was parked at the Kaiser front entrance.

No suspect in custody after Antioch double shooting

Officers were called out about Tuesday about 7:10 p.m. to Morro and La Jolla drives after hearing several gunshots.

An Antioch police officer talks on the phone following a double shooting. Nov. 5, 2019

Several gunshots were reported near the intersection of Morro and La Jolla drives at about 7:10 p.m., Antioch police said. Nov. 5, 2019 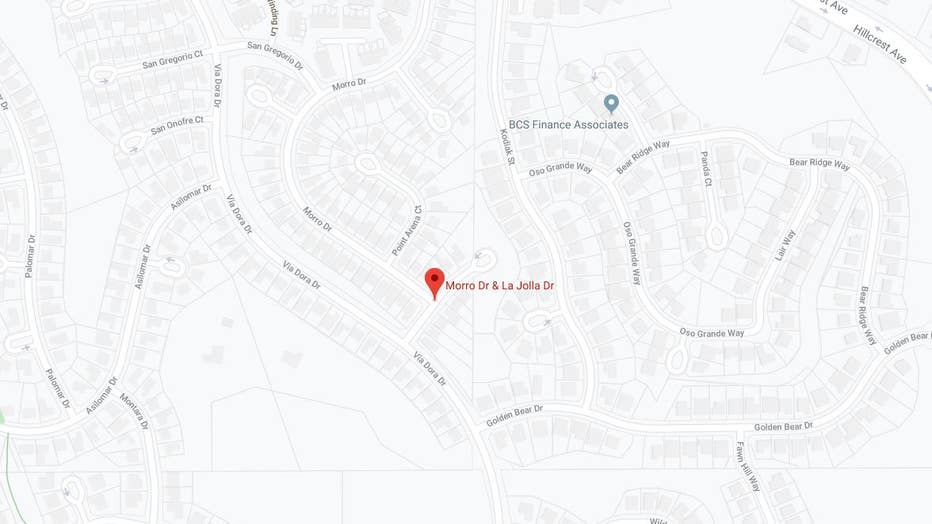 The area of the double shooting is residential.