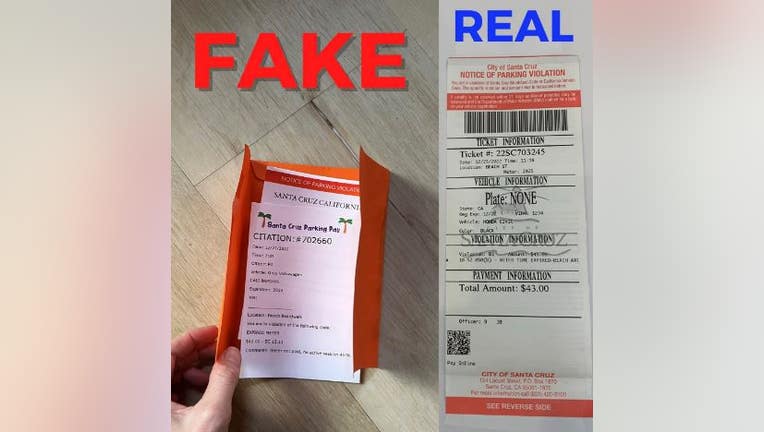 SANTA CRUZ, Calif. - A 19-year-old man designed fake parking tickets and put them on cars near the beach in Santa Cruz last week in the hopes of collecting real payments, authorities said.

The man put the false citations — which included a QR code linking potential victims to a website to pay a fine — on cars late Wednesday night, said Santa Cruz police.

Investigators do not know how many fake tickets the man put on cars or how many victims may have paid the bogus fines.

Police took the man into custody Thursday afternoon on suspicion of unlawful use of a computer system and attempted fraud. He denied receiving any payments.

The coastal city of Santa Cruz is about 55 miles (88.51 kilometers) south of San Francisco.