Rowan Parham, of Soquel, died at a house party that night after shots were fired by another at the party, according to officials. Friends say he was an extraordinarily loyal friend with a quick wit.

An 18-year-old was killed by a juvenile Saturday night in Boulder Creek, officials reported.

Farmers in California, who had been hoping for an end to the drought, are now trying to deal with flooded fields and damaged crops after this winter's massive rains.

Crews are going to bring 200 tons of boulders and fabric to protect the exposed cliff side on West Cliff Drive in Santa Cruz, until they can figure out a permanent solution.

Dozens of people came out Thursday night to find out what they need to do get back on their feet. People say they need temporary housing; they need help with clean up, and they need the money to rebuild. 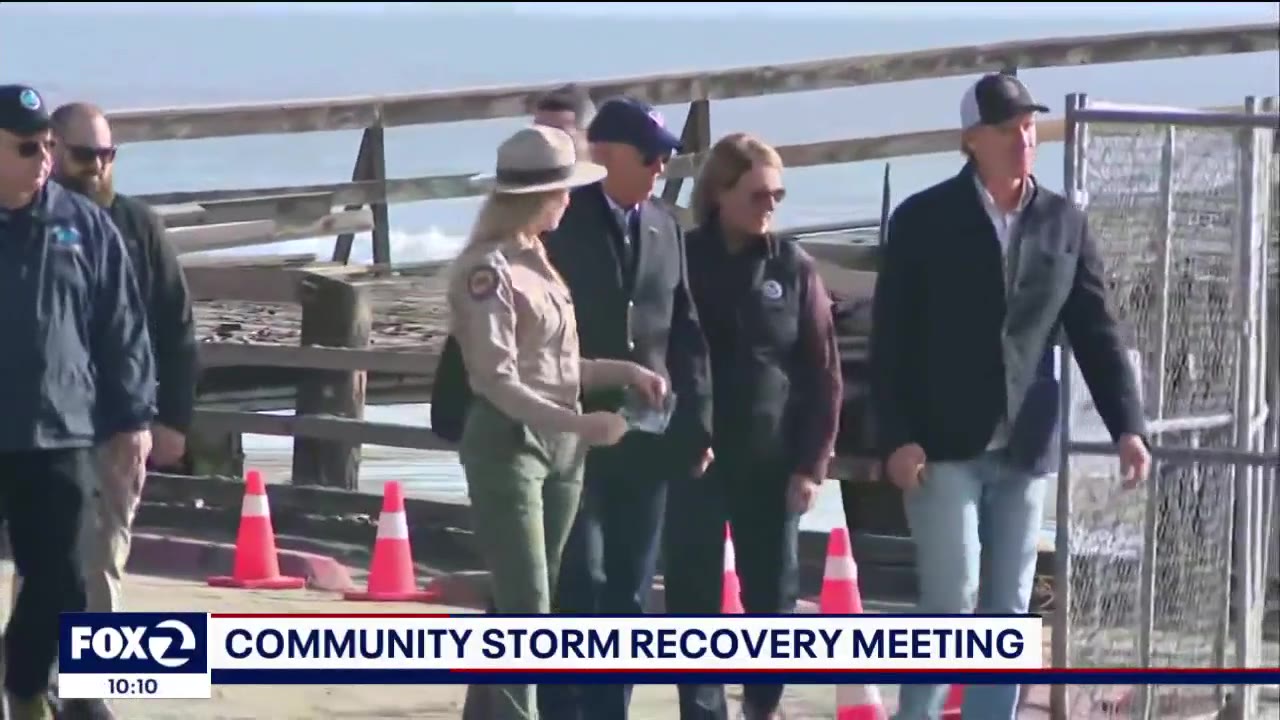 Dozens of people came out Thursday night to find out what they need to do to get back on their feet. People say they need temporary housing; they need help with cleanup, and they need the money to rebuild.

President Biden arrived in Santa Clara County Thursday morning to begin his tour of the Central Coast and the damages left behind by recent storms.

Almost three weeks of heavy rain caused parts of West Cliff Drive in Santa Cruz to collapse into the ocean. In addition, about a mile of the road near Lighthouse Field State Beach will probably be closed for the next few months.

Just off Highway 17 at the Glenwood Drive exit, neighbors worked to keep a culvert drain from clogging up and flooding the road. If they don't keep it clear, and the road washes out, they will be trapped.

The latest wave of rain prompted Santa Cruz County to issue an evacuation order for the community of Felton Grove this morning. The San Lorenzo River, hit 21.7 feet in the Santa Cruz Mountains community, just one inch shy of major flood stage, according to the National Weather Service.

Three occupants of a car teetering over a cliff in Santa Cruz County on Friday were rescued by California Highway Patrol, officials say.

From Daly City to Santa Cruz County, to Oakland, to San Mateo County-sinkholes continue to swallow cars and cause traffic nightmares in parts of the Bay Area after nearly two weeks of relentless rain.

From the San Francisco Bay Area down to Los Angeles, Californians had little time to rest between assessing damage from the last storm and preparing for the next.

Two people and a dog were rescued Tuesday night during the pouring rain on Highway 17 near Santa Cruz when their car careened about 50 feet down an embankment.

Road's collapse cuts off residents from rest of town in Santa Cruz County.

Relentless rains and winds have ripped apart the historic pier in Capitola, submerged neighborhoods in Felton Grove and brought down mudslides on Highway 17 – the main route from San Jose to Santa Cruz County.

A neighborhood in the Santa Cruz Mountains flooded Monday after the San Lorenzo River crested overnight due to heavy rains on Sunday.

The latest storm to hit the Bay Area caused major flooding and other damage.

Santa Cruz County – and the roads to get in and out of the coastal area – were among the hardest hit Monday during the next round of torrential winter rains.