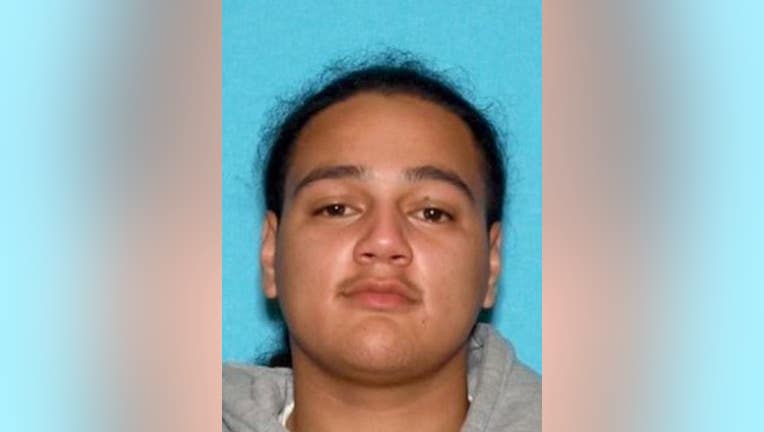 Sirjantz Moliga, 19, is a suspect in a shooting at AMF Pinole Valley Lanes in Pinole, Calif. on March 27, 2022. (Pinole police via Bay City News)

PINOLE, Calif. - Police are looking for a 19-year-old man they have identified as a suspect in a shooting in late March at the AMF Pinole Valley Lanes in Pinole, police said Friday.

Police are asking for help locating Sirjantz Moliga, who may have fired gunshots that wounded two people in the bowling alley parking lot March 27.

At about 8:15 p.m. that evening, several people called police to tell them someone fired a gun at the bowling alley, according to police. When officers arrived, they found two people suffering from gunshot wounds, police said.

The two were taken to hospitals where they were treated and released.

Officers also surrounded the area to look for the shooter and did not find the person.

Officers learned that an argument between two groups of people inside the bowling alley continued outside before the shots were fired, police said. Bullets also hit some vehicles, according to police.

Anyone with information about Moliga's whereabouts is asked to call the Pinole Police Department at (510) 724-1111.