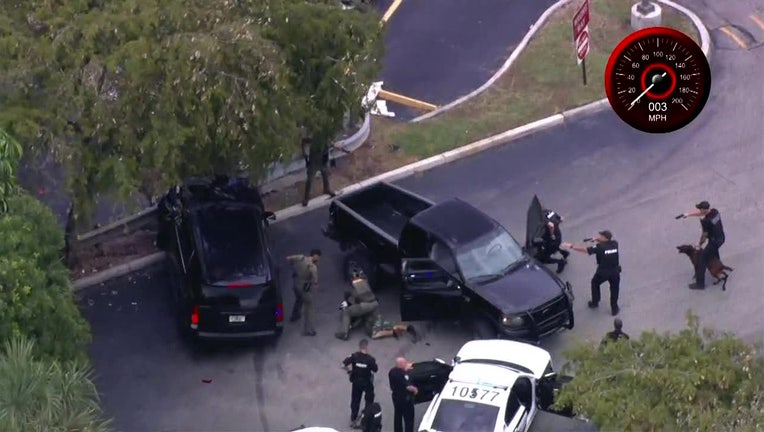 The chase began in Hollywood, Florida around 12:30 p.m. as police pursued a black Ford F-150 north through Broward County, with the truck at times driving into oncoming traffic and on the median.

At one point, a man could be seen waving his arms out of the back of the truck. One person then bailed from the vehicle and was taken into custody, WSVN reported.

The suspects were wanted for battery on a law enforcement officer.