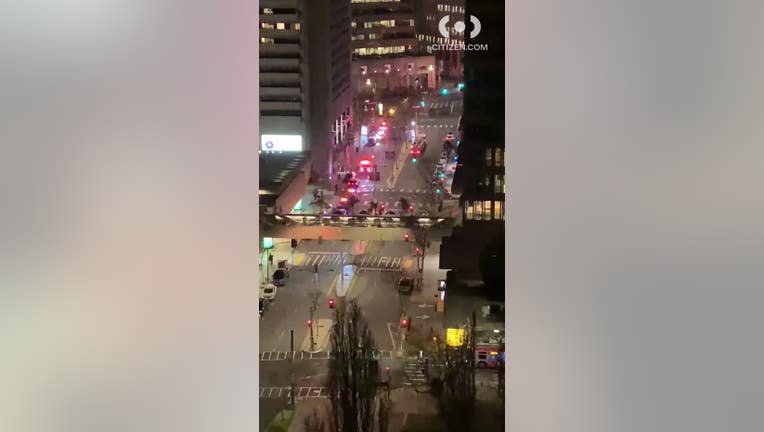 Two men were shot and one is in life-threatening condition, SFPD Officer Robert Rueca told KTVU.

Police responded to a commercial building on the first block of Drumm Street near the Hyatt Regency regarding a shooting at around 8:17 p.m.

Police are investigating a double shooting near San Francisco's Embarcadero Friday night. Two men were shot and one is critically injured. SFPD have evacuated part of the Hyatt Regency hotel as they search for the shooter.

The two adult victims were taken to the hospital. The other victim is expected to survive.

Officer Rueca said police have established a perimeter for the building and are conducting a search.

"We do not have anyone in custody nor do we have a suspect description to provide at this time," Rueca said.

Part of the Hyatt Regency was evacuated in the search.

Video was posted to Citizen from someone at an elevated vantage point and was describing the crime scene and perimeter just south of Sue Bierman Park.

This is a breaking news story. We will have more information as it develops.