MONTEREY, Calif. - Two inmates charged with murder broke out of a California jail over the weekend after climbing through a hole they made in a bathroom ceiling of their housing unit and then squeezing through a wall before finding an escape hatch, authorities said Monday. 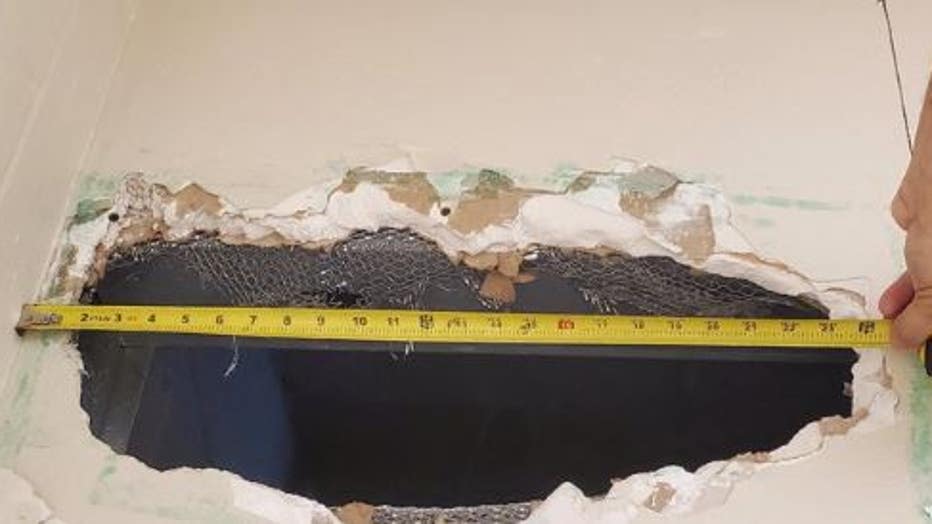 On Monday, the Monterey County Sheriff's Office released a series of photos detailing the escape. They say the inmates managed to take advantage of a blind spot in the housing unit surveillance. 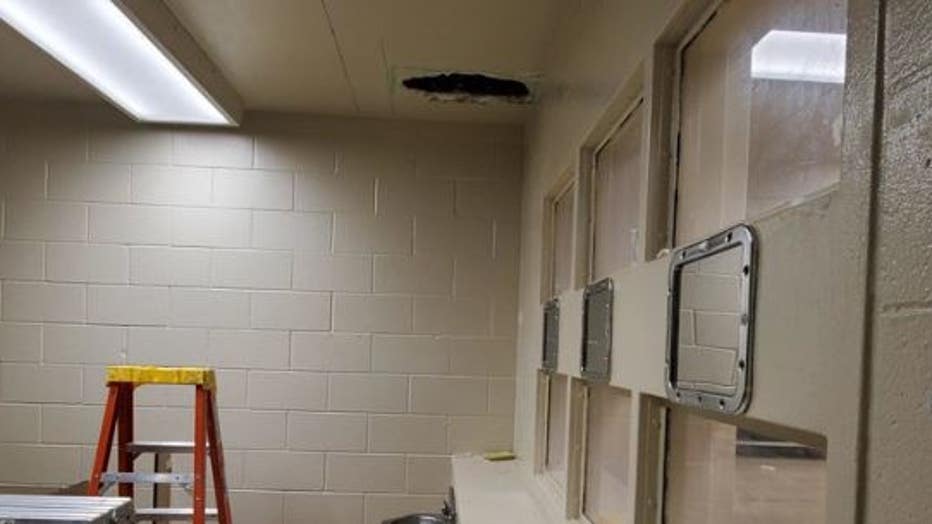 A hole is cut into the ceiling of a bathroom inside the jail.

The exterior of the Monterey County jail is surrounded by barbed wire, but authorities say the inmates escaped through a hatch in the construction area where there wasn't any barbed wire. Authorities say security improvements will be made to the jail to ensure such an escape doesn't happen again.

The Monterey County Sheriff's Office warned that the fugitives should be considered armed and dangerous.

Authorities say Fonseca and Salazar, tied to two different Salinas gangs, had been behind bars since 2018 and were awaiting trial on murder counts and "numerous other felony charges" in separate cases. 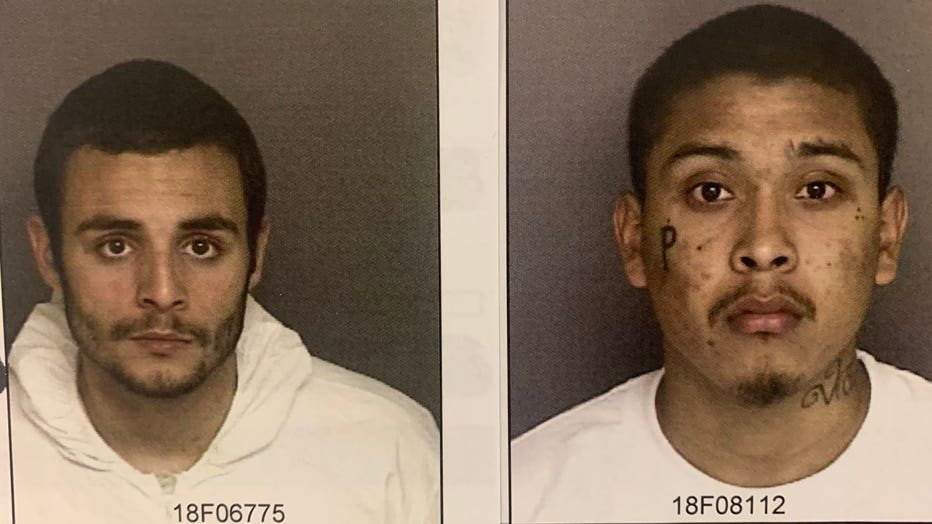 The Californian newspaper in Salinas reports that Fonseca is accused of killing two men in two different shootings in June 2018.

The newspaper says Salazar was arrested in the shooting death of man who was driving with his girlfriend and young son in October 2017.

The Monterey County Sheriff's Department is offering a $5,000 reward for information leading to the arrests of the fugitives.