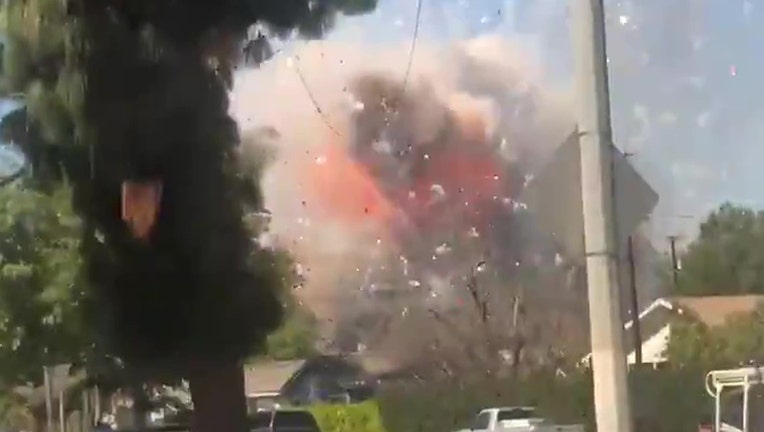 ONTARIO, Calif. - Authorities say two people were killed when a fireworks stash exploded in inland Southern California, setting a house on fire, blowing out windows across the neighborhood, and sending up a huge plume of smoke.

Multiple blasts were reported around midday in Ontario, east of Los Angeles.

TV news footage showed at least one home burning and a shed and scattered debris in a yard also on fire. Firefighters managed to free a horse on the property that was trapped against a wall near a pile of burning debris.