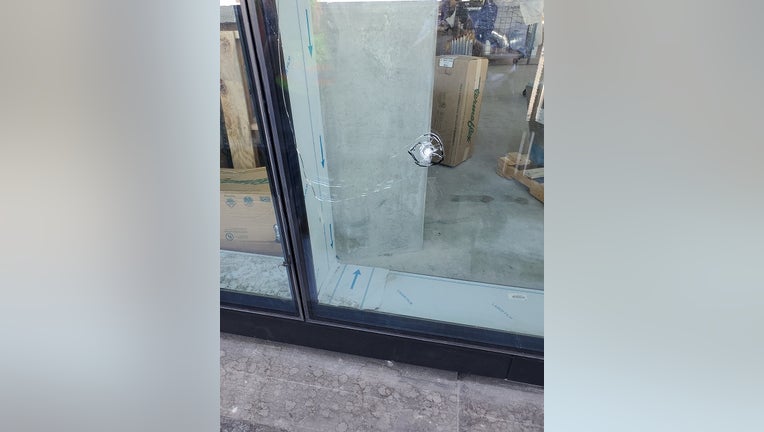 Photo of a window that was pierced by ball bearing fired from a slingshot.

SAN JOSE, Calif. - After a series of suspected slingshot attacks on windows along State Highway 87 in San Jose, authorities are offering a $20,000 reward to help stop the suspect.

So far this year, someone has launched ball bearings "at potentially lethal" speeds into windows at least 20 times, resulting in more than $500,000 in damages, according to the Santa Clara County District Attorney's Office.

The suspect has targeted homes, businesses and government agencies, including the SAP Center, the San Jose Museum of Art and the District Attorney's Crime Lab, which was hit eight times. 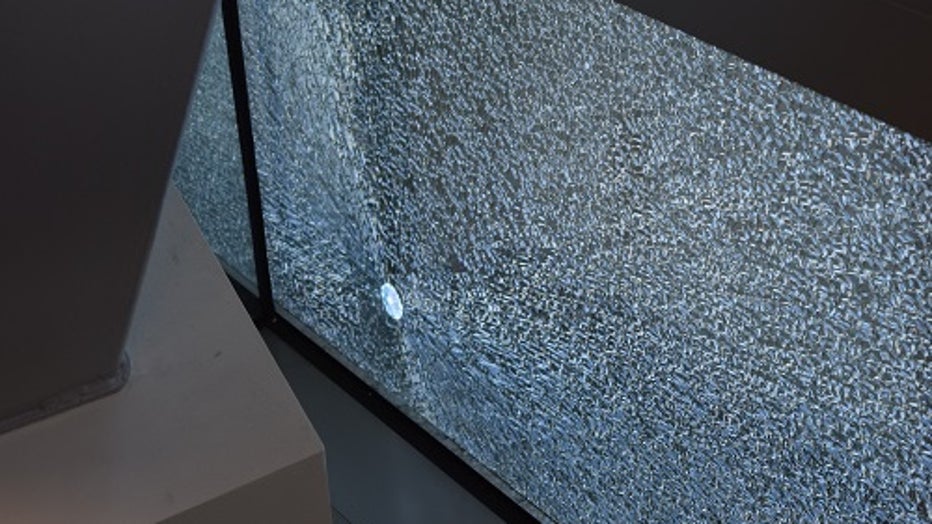 Photo of a window that was pierced by ball bearing fired from a slingshot.

While no injuries have been reported, in one instance the suspect blew out the windows of car that a woman was driving in the area, according to prosecutors.

Anyone with information about the attacks is asked to use the Silicon Valley Crime Stoppers P3TIPS mobile app, by call (408) 947-STOP.