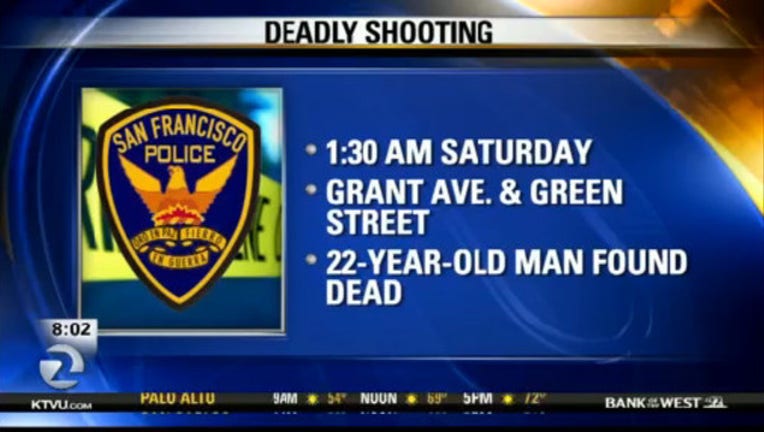 SAN FRANCISCO (KTVU) - San Francisco Police are looking for more infomration in the deadly shooting of a young man this weekend.

Around 1:30 Saturday morning, police were called about reports of gunfire near the area of Grant Avenue and Green Street, in the city's North Beach neighborhood.

Officers found a 22-year-old man in the street, shot several times. He died at the scene.

So far, no arrests have been made.