The three victims were standing outside of a liquor store.

RICHMOND, Calif. - Richmond police have identified the man killed in a shooting Friday morning that injured two other people.

29-year-old Lamonta Butcher, also known as Tay Way, was pronounced dead at the scene by paramedics. He was identified by police after next of kin was notified.

Police said the incident began with a ShotSpotter activiation in the area of 4th St and Macdonald Avenue shortly before noon.

A 31-year-old female from Hercules and a 50-year-old male from Richmond were taken to the hospital for their injuries and are said to be in stable condition.

Police said no arrests have been made, but are following up on numerous leads.

Police are investigating what they say is the city of Richmond's 15th homicide of 2020.

Richmond police arrived at the scene of a triple shooting Friday afternoon that left one person dead. 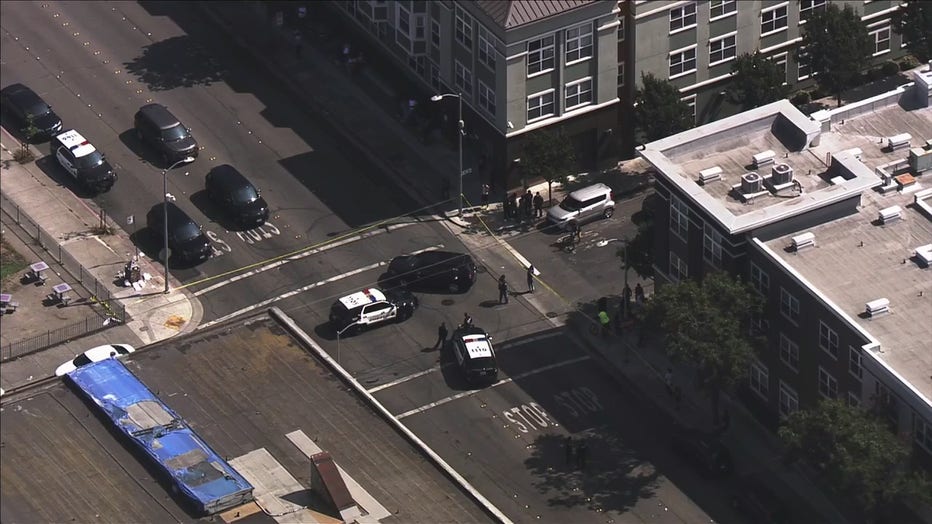