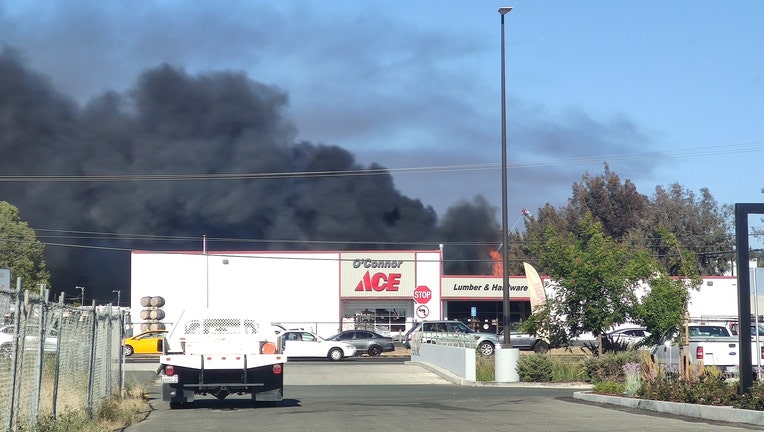 An area resident captured images of a commercial fire in Vallejo. June 30, 2022.

VALLEJO, Calif. - Firefighters have brought a large commercial fire that was burning in Vallejo Thursday evening, under control, officials say.

The fire is located near the intersection of Broadway and Sharon Street on the western edge of the city near state Highway 29.

The fire produced heavy smoke. Drivers are being asked to avoid the areas of Broadway between Sereno and Tuolumne, and Sonoma between Yolano and Iffland, Vallejo Firefighters Association reported on Twitter. 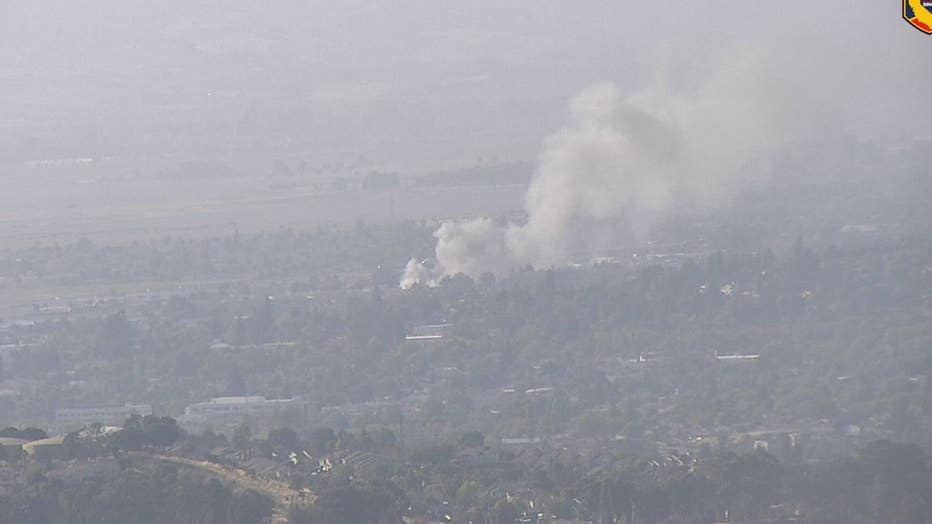 They first reported on the three-alarm fire at around 5:48 p.m. and said there were exposure threats from this fire. About one hour later, firefighters with Broadway Command said the blaze was under control and that crews would remain on scene "for an extended period of time" for mop up and to monitor spot fires. 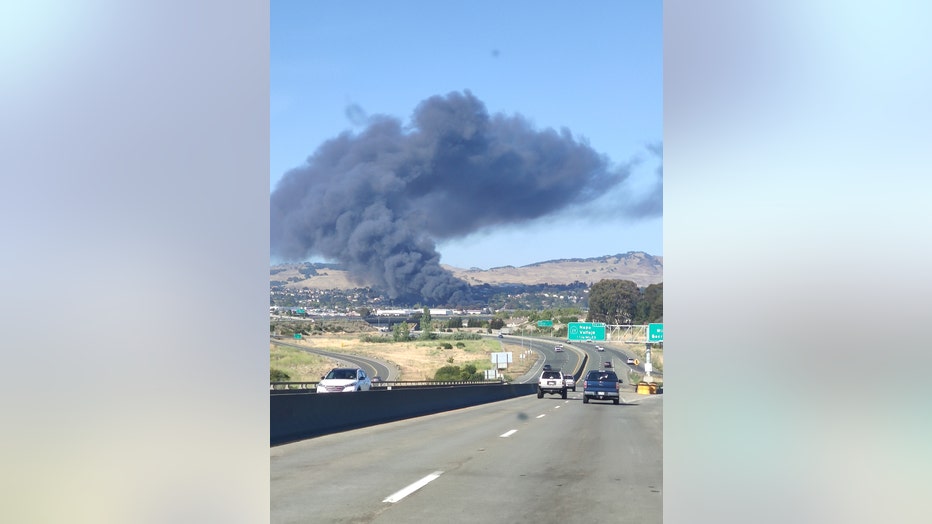 An area resident captured images of a commercial fire in Vallejo. June 30, 2022.

There were no injuries reported to fire personnel or civilians.

A lumber yard is located west of the fire location and a mobile home park is one block north.

An area resident captured images of thick plumes of black smoke during the fire's early stages. They described the flames as being higher than some buildings at times. Their vantage point was near an Ace Hardware store.

The smoke appeared to improve with time and had turned a lighter color than the toxic dark smoke seen in the resident's images.

It is not clear how the fire started. 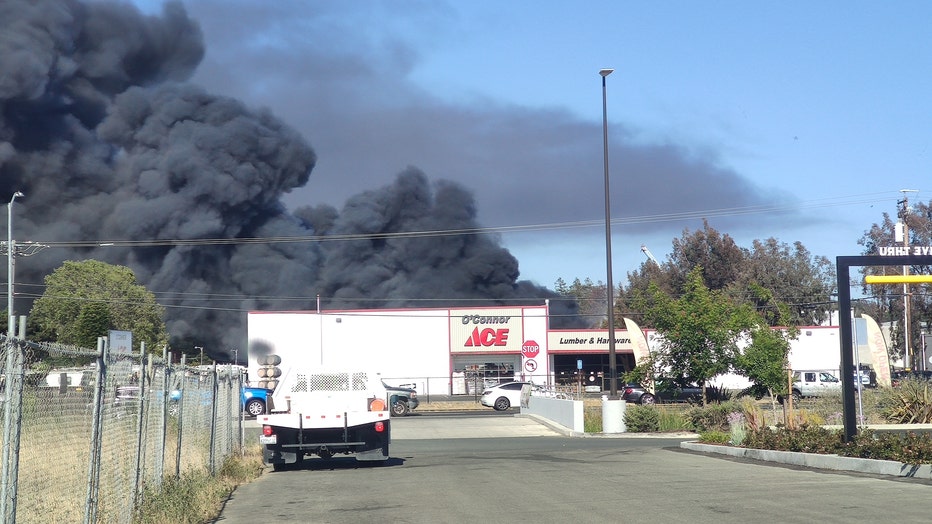