A savage attack is caught on video at Howell High School.

SOUTHFIELD, Mich. (FOX 2) - The Livingston County Prosecutor's Office announced on Monday that three juveniles have been charged as adults for the vicious beating of a teen with autism at Howell Skate Park in August.

The three teens, who were not named, were all charged with assault with intent to commit great bodily harm, a felony punishable by 10 years in the Michigan department of corrections.

According to the prosecutor's office, the teens acted as if they were befriending the student, who is new to the school district. The prosecutor said the three teens would spend time with the victim during lunch and encouraged him to come to the skatepark.

When he did, the prosecutor said they encouraged him to go around the back of the building and out of sight of the buses and freshman campus. Once they believed they were in the clear, the victim was attacked by two of the students. They pushed him down, punched, and kicked him multiple times, the prosecutor said.

The third student recorded the beating on his phone and posted it on social media.

In the video, you can hear the teen with autism yell in pain as two classmates punch and kick him repeatedly - then steal his shoes. At that point, the video ends.

The prosecutor's office said the attack was unprovoked and was planned by the defendants.

The three teens are all facing the assault with intent charge, which is a spur specified juvenile violation, where a minor who is between 14 and 16 years old can be charged and sentenced as an adult offender,

A GoFundMe account has been set up for the victim. 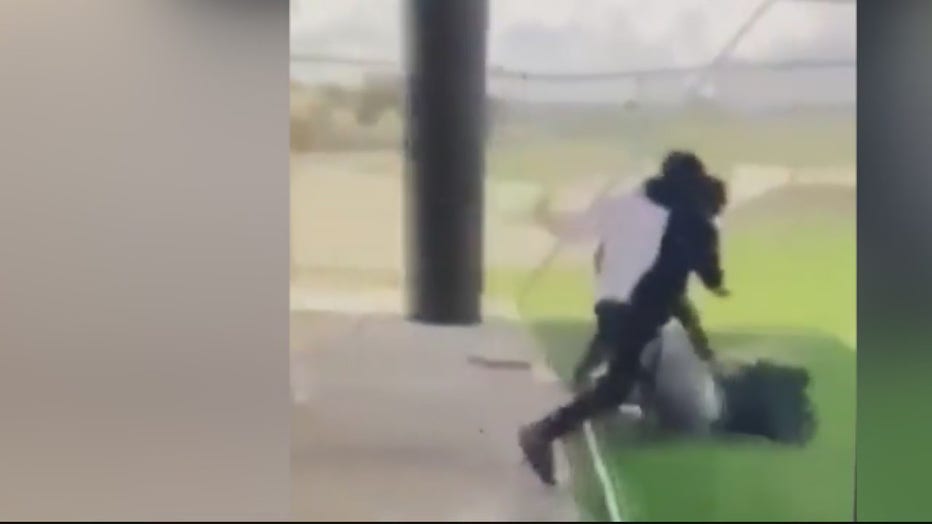 Two teens were on video viciously beating another student with autism in Howell.