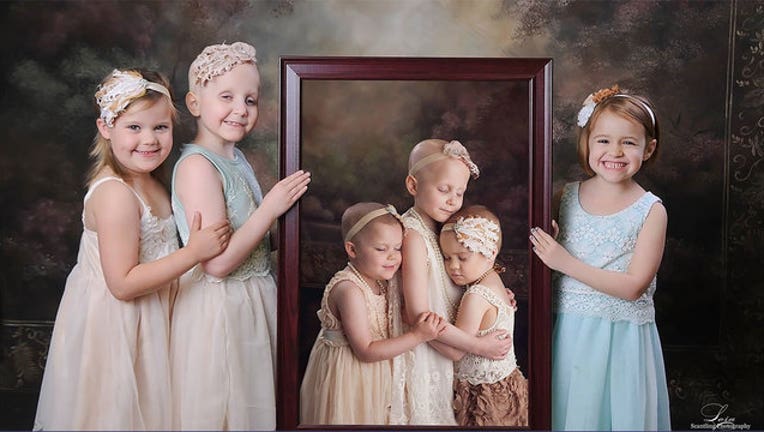 NEW YORK - Three little girls who were photographed together two years ago in an image that went viral recently reunited for a new photo.

Rheann Franklin, Ainsley Peters and Rylie Hughey were first photographed together two years ago by professional photographer Lora Scantling.  The image of the three of them hugging in a April 2014 photo was captioned "Sometimes strength comes in knowing that you are not alone!"

Scantling said, "I have never met 3 more beautiful little girls in my life, full of spirit and so happy and strong!"

The girl on the left is Rylie.  She was 3 at the time of the original photo and beat stage 5 Wilms tumors (a form of kidney cancer).

The girl in the middle is Rheann, who was 6 when the original photo was taken.  She has battled Muciod Spindle Sarcoma of the brain.

The girl on the right is Ainsley, who was 4 when the first picture was taken.  She had pre-cursor B Acute Lymphligastic Leukemia.

All three girls are now in remission.

Due to the response to the original photo, Scantling has taken other photos of children who are battling cancer.