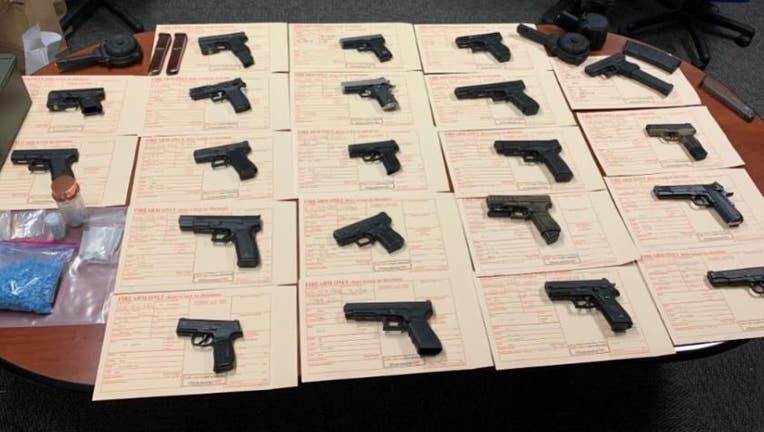 This photo shows a number of firearms seized by investigators.

During the course of the sweep, investigators seized 21 illegal weapons, high-capacity magazines, and narcotics.

Investigators said some of the suspects were trying to sell the firearms through social media. Authorities later determined that several of the seized firearms were stolen. 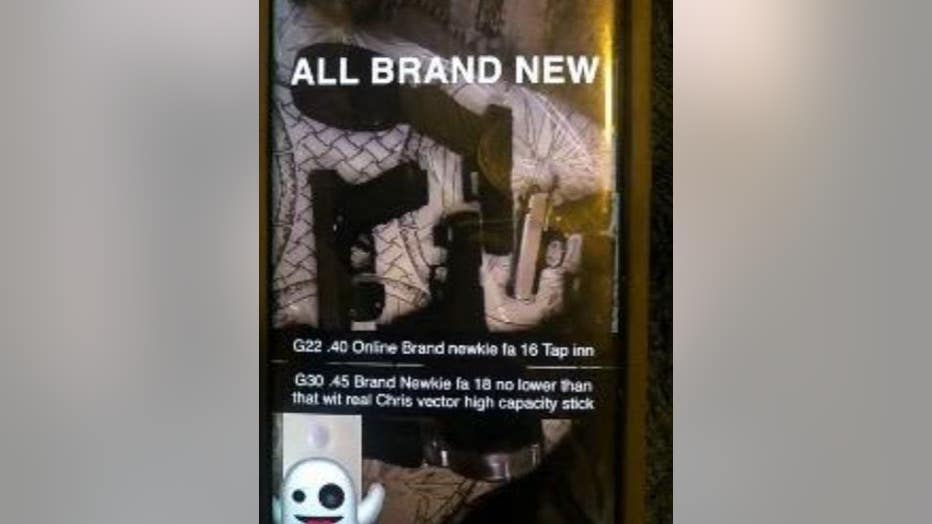 Screenshot from a social media post of illegal firearms being sold online.