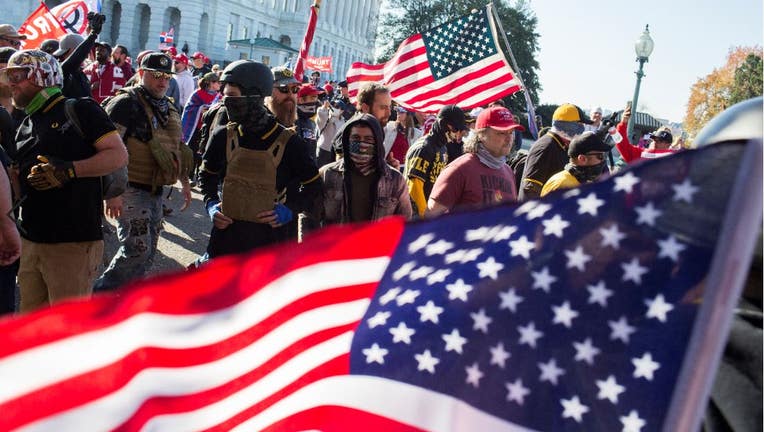 WASHINGTON - D.C. police say four men were stabbed and 33 people in total were arrested during Saturday's pro-right rally in the nation's capital.

Some of the charges included simple assault, assault on a police officer, assault with a dangerous weapon and disorderly conduct.

Police also say eight officers were injured dealing with the unrest with one officer facing serious injuries with multiple face lacerations. MPD says he was struck with an unknown object.

MPD also says four churches saw destruction of property with a "Black Lives Matter" banner being taken down and destroyed.

The new "MAGA Million March" on Saturday meant to dispute the results of November's presidential election.

It happened two days before the Electoral College is expected to cast its ballots in favor of President-Elect Joe Biden on Monday.

The rally drew Proud Boys and other far-right activists who aimed their ire at everyone from local elections officials to mainstream conservative establishments like the Republican National Committee and FOX News Channel.

All stabbing victims are said to have suffered non-life threatening injuries.

The 33 arrests they reported Saturday is the most for a protest since the last MAGA Rally in November, which led to 21 arrests.

Another five protesters were arrested Friday going into Saturday's rally.