in 1979, a trip to watch the 49ers at Candlestick Park made quite the impression on a 15-year-old from Wisconsin. Look at him now, 43 years later, as he has taken his fandom to new heights with perhaps the most impressive Niners man cave in the country.

Amery, Wisconsin has a population of 2,819, and it could quite possibly be the home to the biggest San Francisco 49ers fan on the planet.

"Yeah they definitely think I have a problem," said 55-year-old Darin Gilbertson.

Amery is over 2,000 miles from Santa Clara and right smack dab in the middle of Viking-Packer territory.

But, here’s Gilbertson inside his Niner man-cave that just might beat anything ever assembled by the "Faithful."

"I get the biggest kick out of when someone comes down the stairs for the first time. You can see it in their eyes. They are speechless." 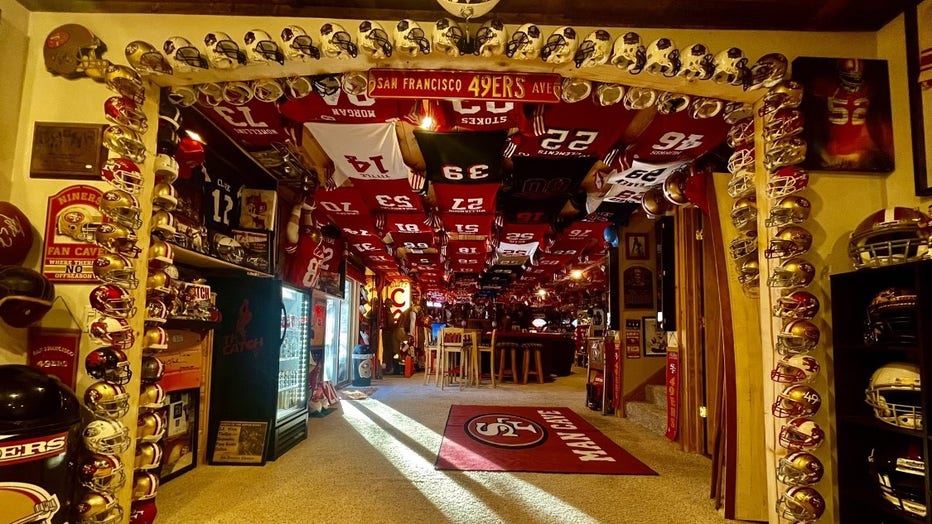 Inside the man cave of 49ers super fan Darin Gilbertson who resides in Amery, Wis.

His Niner shrine is located in his 1,400 square foot basement and it is packed with team memorabilia. There are 165 signed jerseys draped on the ceiling and life-size mannequins are decked in red and gold around the room.

There are more team collectibles everywhere, such as a Joe Montana corner that #16’s family would envy. It’s complete with a 49er sports bar.  His two favorite items are a 6-foot signed painting of Jerry Rice and Montana arm-in-arm, and his over-stuffed game day Niner chair.

"That chair was a gift from my late father. He had it trucked up from Florida. It is by far my most prized possession." 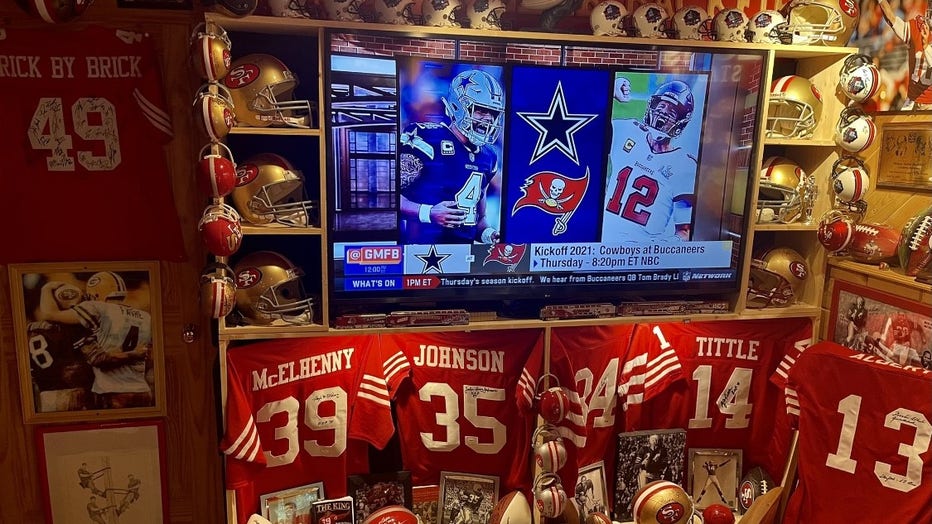 Another view of the shrine to the 49ers at Darin Gilbertson's home in Wisconsin. (KTVU FOX 2)

This love for the Niners started at age 15 when he went to his first game at Candlestick Park in 1979.

Gilbertson has been collecting ever since that day, and it goes much deeper than that.  His dog’s name is Frisco.  His "Niner-Red ’68 Chevy Camaro has 49er-SS plates. 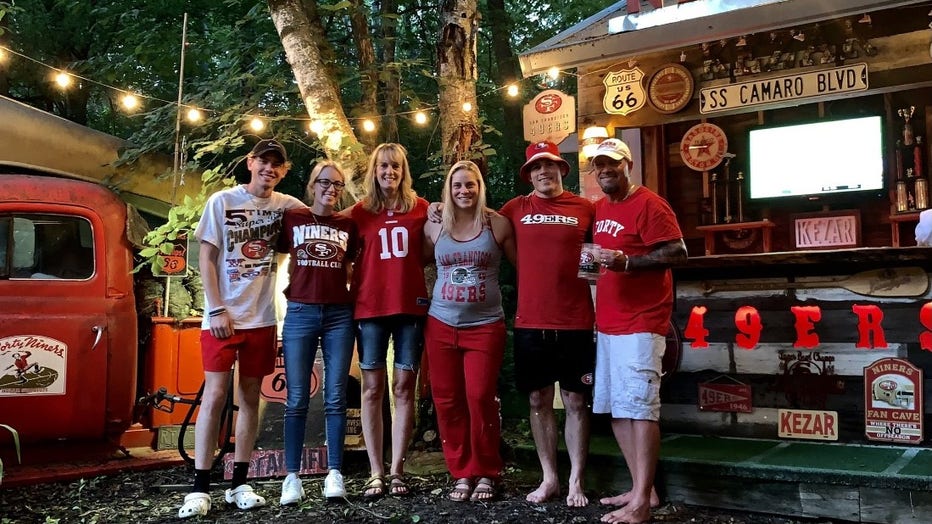 Darin Gilbertson and his family will be rooting for the 49ers in his elaborate shrine to the team, more than 2,000 miles away from the Bay Area in Amery, Wisconsin. (KTVU FOX 2)

And don’t forget his three 49ers tattoos including the Golden Gate Bridge. His wife was a Packer fan and finally converted.  His two grown kids had no choice.

He and his family will be front and center this weekend in frosty Green Bay cheering on the Niners.