SAN DIEGO, Calif. - Five members of a family, including three young boys, have died and another boy was hospitalized with injuries in an apparent murder-suicide in San Diego.

Police received a 911 call early Saturday in which dispatchers heard the sound of arguing in the background, Lt. Matt Dobbs said.

As officers headed to the house in the Paradise Hills neighborhood in southeastern San Diego, a relative who lives next door called 911 and reported hearing arguing and what sounded like a nail gun being fired.

The woman, identified as Sabrina Rosario, 29 and three of the children were killed. Enzie Valdivia, 3, was pronounced dead at the scene. Two of his brothers, 5-year-old Zuriel Valdivia and 11-year-old Zeth Valdivia died a short time later at hospitals. 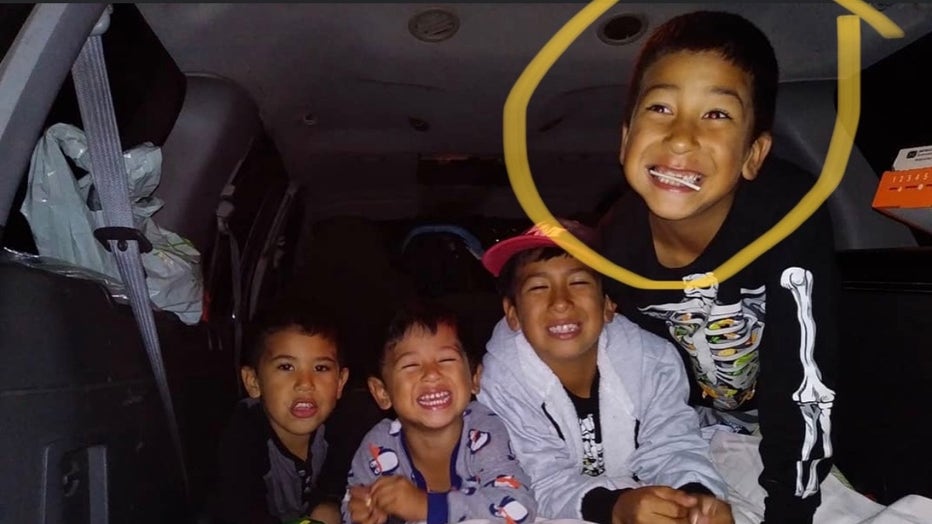 San Diego Police Chief David Nisleit said Saturday that it appeared the couple had been going through a divorce process and the husband was not currently living at the home. The wife had sought a restraining order against her husband around Nov. 1 after officers responded to the home to "preserve the peace'' amid an argument about property.

The wife received a copy of the temporary restraining order against her husband on Friday.

"It is still unclear if the restraining order had been legally served, but we do believe the male was aware of it,'' Dobbs said. ``It appears
the male came to the residence in the morning and an altercation ensued. The male used his gun to shoot his wife and children, before turning the gun on himself.''

A gun was found in the house. Investigators didn’t say which family member fired the shots but believes that person is now dead.

Dobbs said the mother and four children lived in a unit next to a main house occupied by other family members.

Neighbors told the San Diego Union-Tribune they often saw the boys outside playing with their dog or riding their bicycles.

“They were just living the kid’s life on the outside, but who knows what goes on behind closed doors,” said neighbor Gabriel Durazo.

A GoFundMe page has been set up by a family member.