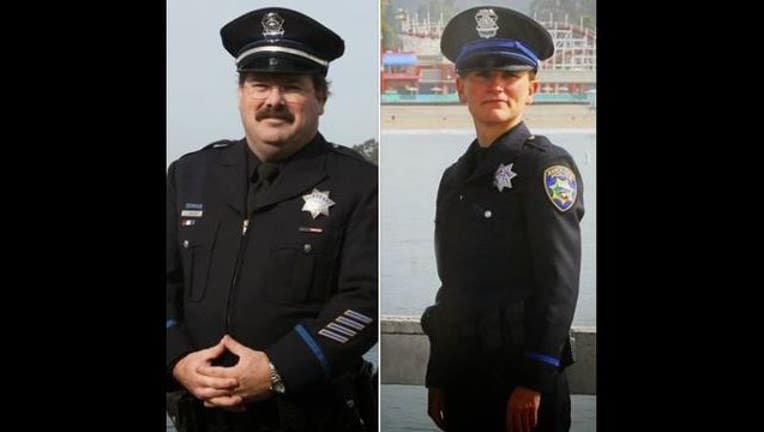 Sergeant Baker and Detective Butler were at the doorstep of gunman Jeremy Goulet's house in the 800 block of North Branciforte Avenue on Feb. 23 of 2013. They interviewed him through a door for about 10 minutes. That's when he disappeared from the door and appeared from another location. He ambushed both of the officers, taking them down within seconds.

They'd been talking with Goulet through his front door for just a few minutes when they were ambushed.

The sheriff said the officers had no indication that Goulet posed a threat.

Goulet fled the scene in Baker's unmarked squad car, according to the Santa Cruz Sentinel.

He was killed in a shootout with law enforcement minutes later.

Santa Cruz Police posted about Sergeant Baker and Detective Butler Monday, five years after the tragedy. Santa Cruz Police posted on Facebook in part, "Sergeant Butch Baker and Detective Elizabeth Butler we thank you for your service, your convictions and devotion to duty. May you rest in peace knowing your fellow brothers and sisters are watching over your family and continuing the Watch."

The public is invited to a Baker-Butler Memorial ceremony at 3:23 p.m. Monday at the Santa Cruz Police Department.