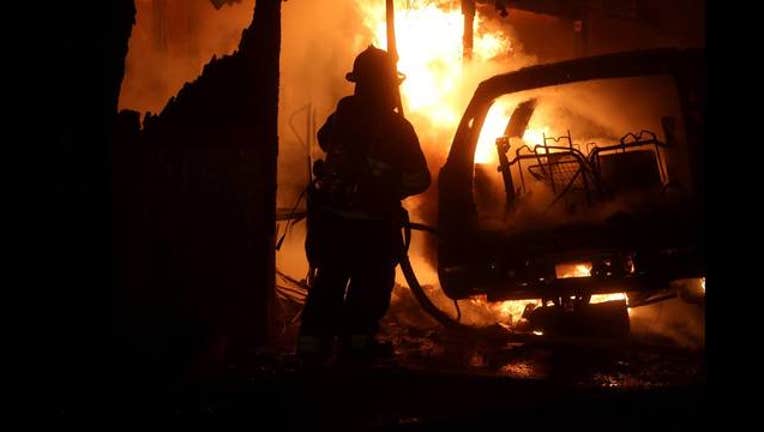 Nobody was injured in the fire, which started in the kitchen of the three-bedroom home, Auzenne said. The cause has not been determined.

Crews had the fire contained within 30 minutes, but also had to contend with fuel leaking from some of the cars, Auzenne said.

The Red Cross was assisting those displaced by the fire.