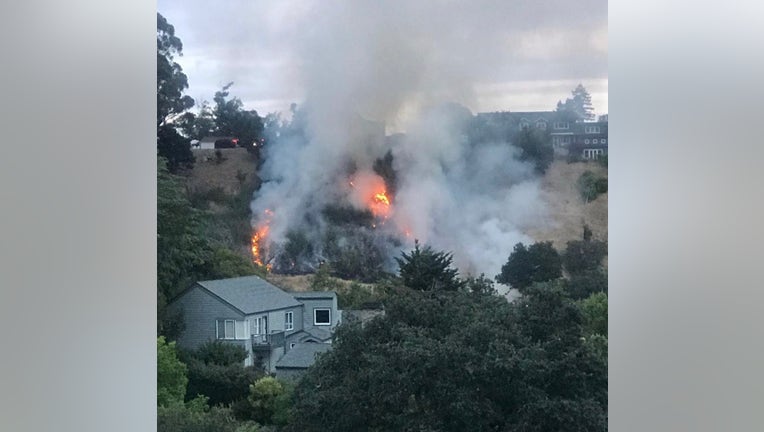 Eric Thomas Larson was detained after a witness saw him the area of a blaze at Larkspur Plaza and notified police.

RELATED: Search for person of interest in Marin County fires

He was taken into custody on a probation hold and booked at Marin County Jail while an investigation into his possible involvement in the fires continues, according to Margo Rohrbacher, spokesperson for the Central Marin Police Authority. Larsen, who has no fixed address, was on probation for property crimes in Marin County, officials said. 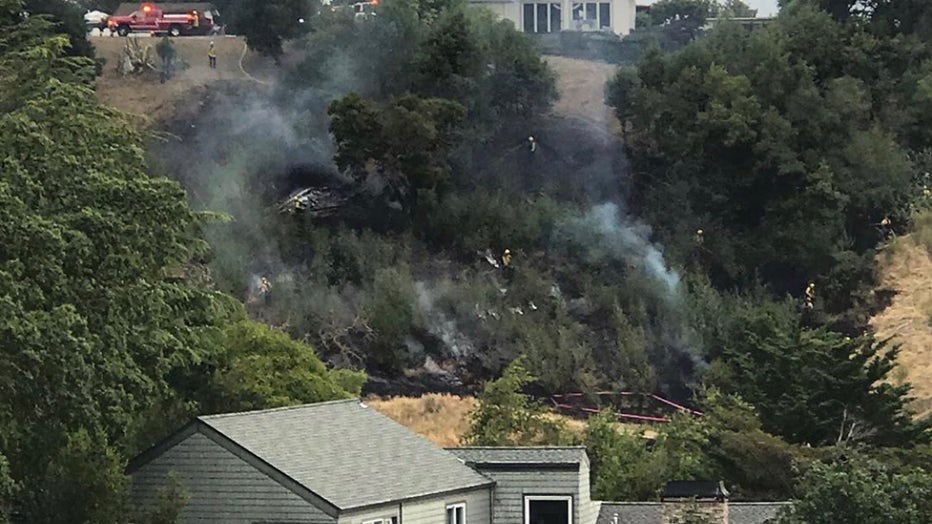 On Saturday morning, about 5:45 a.m., a fire was sparked off Citron Fire Road in Larkspur's Blue Rock neighborhood, burning half an acre and spurring authorities to evacuation 20 nearby homes on Cedar Avenue and Opal Street.

No injuries were reported and no structures were damaged by the fires, officials said.

The investigation is being conducted by the Marin County Fire Investigation Team and Central Marin Police Investigations unit. Anyone with information can call CMPA at (415) 927-5150.

All evacuations were accomplished by officers going door-to-door and notifying residents, Rohrbacher said. The agency's new Hi-Lo siren notification system was not activated. Had it been a larger area or a fast-moving fire, the siren would have been used.