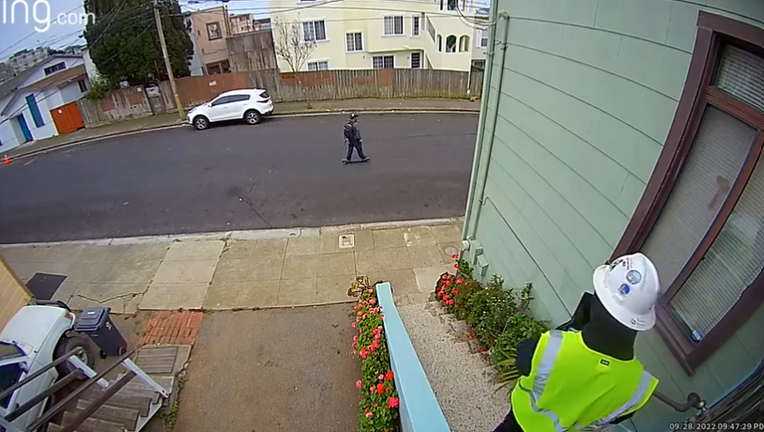 A man dressed in a utility vest, who claimed to work for Pacific Gas and Electric, was among a group of home invaders who robbed a 70-year-old woman of her life savings, according to the victim's family.

Ring Doorbell video shows the man dressed in a safety vest ring the doorbell of the woman's Daly City home at about 9:45 a.m. Wednesday.

The victim's granddaughter said her grandmother did not let the man inside, and instead went to her back garden.

While the woman was in her garden, two other men hopped a fence into the backyard and broke into the home through the back, said the victim's family.

In a statement on GoFundMe, the victim's granddaughter wrote, "they overpowered her, dragging her back inside the house when she tried to run for help, and proceeded to ransack the house. When she yelled for help they silenced her by using force."

The suspects reportedly choked, hit and left the woman with a busted lip.

"It’s absolutely heartbreaking," said the victim's granddaughter. "She’s lost all sense of safety in her own home."

Video from a nearby Tesla shows the three suspects leaving the woman's home and driving away in a white Kia Sportage.

Daly City police say they are investigating the incident.

The victim's family has started a GoFundMe to help with her recovery.