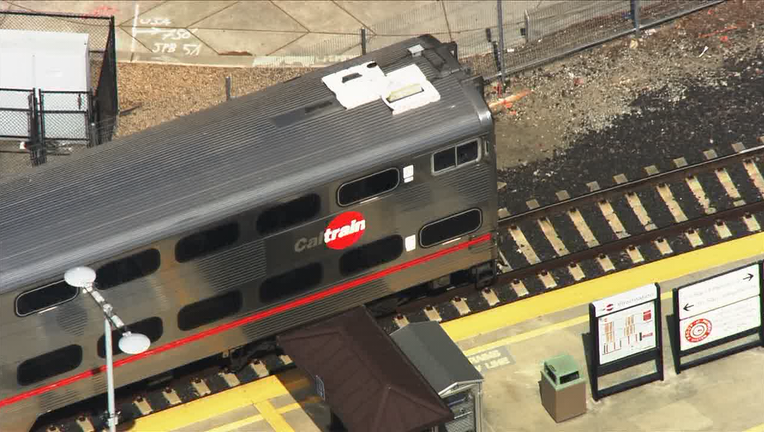 MENLO PARK, Calif. - An 82 year old man was hospitalized with life-threatening injuries after being hit by a Caltrain passenger train at the Oak Grove Avenue crossing, Menlo Park police said.

The collision was reported just before noon and officers found the man trapped beneath the train and administered aid until Menlo Park fire crews arrived to take over and free him for transport to the hospital.

There were 15 passengers on the train at the time, but no other injuries were reported.

All trains in the area were temporarily stopped but shortly before 1 p.m. both northbound and southbound tracks were cleared to move.

The Transit Division of the San Mateo County Sheriff's Office is investigating the collision.