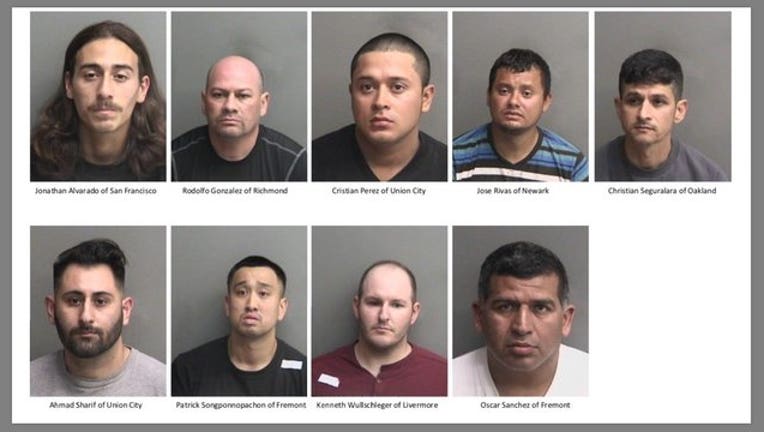 The arrests occurred April 27 in conjunction with Alameda County Vice Enforcement team (ACVET) and were carried out at a Hayward motel.

The men all responded to an online ad thinking they'd be meeting up with a woman at the motel for sex. That woman ended up being an undercover Hayward Police detective.