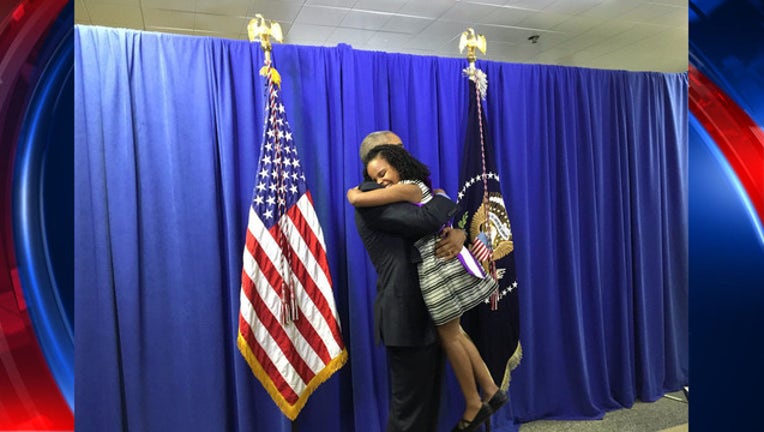 A little girl is being credited for the President’s visit to Flint, Michigan.

8-year-old Amariyanna Copeny, better known as "Little Miss Flint,” wrote a compelling letter to President Obama about her efforts in raising awareness on Flint's water crisis, and her desire to meet him to discuss the problem.

The young activist indicated that she, along with many others, would be taking a bus to Washington, D.C. to witness the congressional hearing where Michigan governor, Ricky Synder, would speak on the city’s lead contamination.

With high hopes Copeny wrote, “I know this is probably an odd request but I would love for a chance to meet you or your wife. My mom said chances are you will be too busy with more important things, but there is a lot of people coming on these buses and even just a meeting from you or your wife would really lift people’s spirits."

Inspired by the young ambassador, President Obama responded and stated his intentions to visit her troubled city.

“You’re right that Presidents are often busy, but the truth is, in America, there is no more important title than citizen.”

On May 4, the President held true to his word and arrived at Flint, Michigan. A video posted on the Facebook page of The White House shows the “aw” moment in his first visit since the city’s water crisis began.