RICHMOND, Calif. - A thick plume of black smoke was seen coming from the Chevron refinery in Richmond on Tuesday afternoon.

The Richmond fire department confirmed that flaring at the refinery had caused the smoke.

Chevron said in a statement that the "excess flaring" includes the release of sulfur dioxide.

"This is a Level 1 incident, the lowest level of severity," the company said. "No actions by the public are needed and the incident is subsiding." 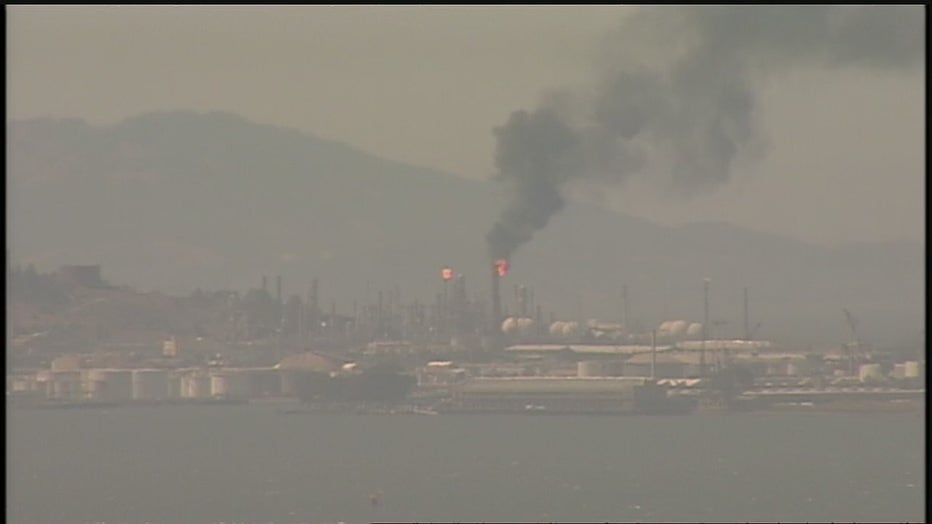 Centers for Disease Control and Prevention says the gas has a pungent odor and can irritate the eyes, nose and throat. Depending on dose and duration, workers can be harmed from exposure.

The trail of smoke could be seen from many areas near the San Francisco Bay, including a KTVU camera in Emeryville.

The Bay Area Air District is investigating the incident.

"District inspectors are on scene investigating and we are working to find the root cause of the smoke in addition to any potential air quality violations," the district tweeted.

Contra Costa County Hazardous Materials program also responded to the incident and is monitoring the situation.

Chevron's Richmond refinery has had multiple cases of flaring this year and also spilled several hundred gallons of oil at its long wharf in February.

Check back for updates.