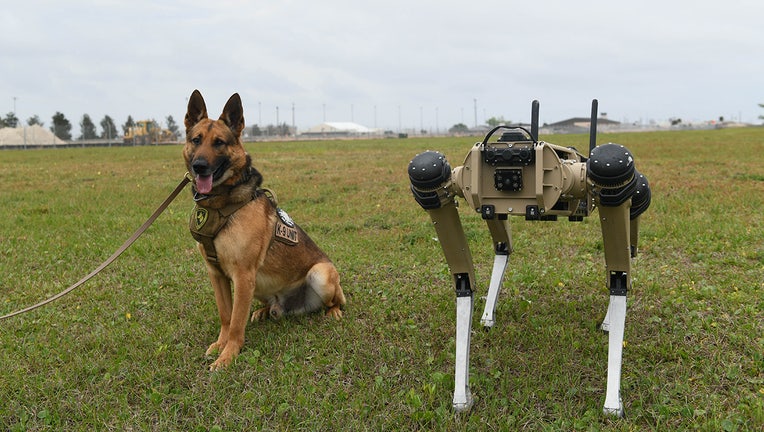 BAY COUNTY, Fla. - The U.S. Air Force has been flying a fleet of drones for many years. And now a base in Florida is testing a new kind of drone — but this one has four legs instead of wings and stays on the ground. And it kind of looks like a dog.

Last month, Tyndall Air Force Base received a shipment of the robodogs, which are officially known by the typical military mouthful term Quad-legged Unmanned Ground Vehicles, or Q-UGVs. The 325th Security Forces Squadron is using the semi-autonomous machines as an added layer of protection on base, according to the Air Force. (The military's message to its working flesh-and-blood dogs: these metallic machines won't replace you.)

"They can patrol the remote areas of a base while defenders can continue to patrol and monitor other critical areas of an installation," Shackley said. 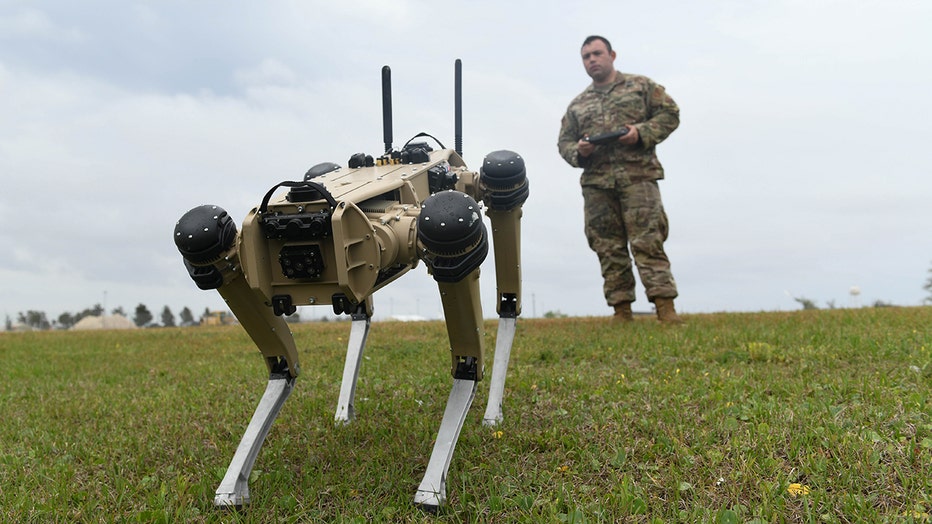 The robot dogs have 14 sensors that give them a 360-degree view and can navigate on difficult terrain by crouching to lower their center of gravity and also stepping high to climb over obstacles, the Air Force said. That makes them particularly well-suited for service at Tyndall, which is undergoing a long-term reconstruction project, according to Master Sgt. Krystoffer Miller, an ops superintendent with the 325th. (In 2018, Hurricane Michael caused catastrophic damage to the base.)

"One huge attraction piece of the robot [dog] is that it's highly mobile," Miller said. "And with the amount of construction we will face over the next few years, it helps us maintain and increase our security posture." 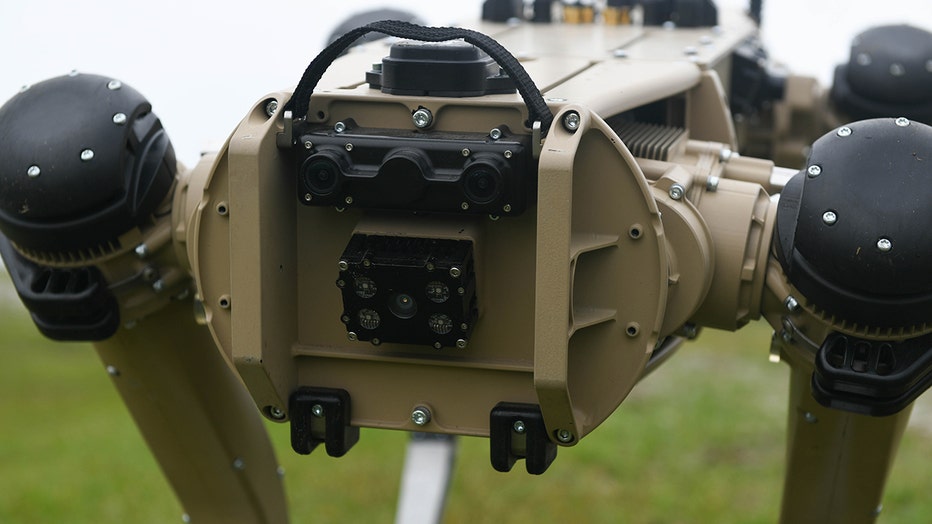 The QUGV can navigate on tricky terrain at Tyndall Air Force Base. (U.S. Air Force photo)

Philadelphia-based Ghost Robotics designed the model the Air Force is using. But other robotics firms have created similar machines, which have raised some eyebrows as they become more visible to the public.

For example, the New York Police Department has been testing a robotic dog made by Boston Dynamics for several months. (Scroll down for video.) When police recently deployed the robot during a domestic dispute call at a public housing complex in Manhattan, a lawmaker for the area questioned the NYPD's need and values for using what he called an expensive "surveillance toy." 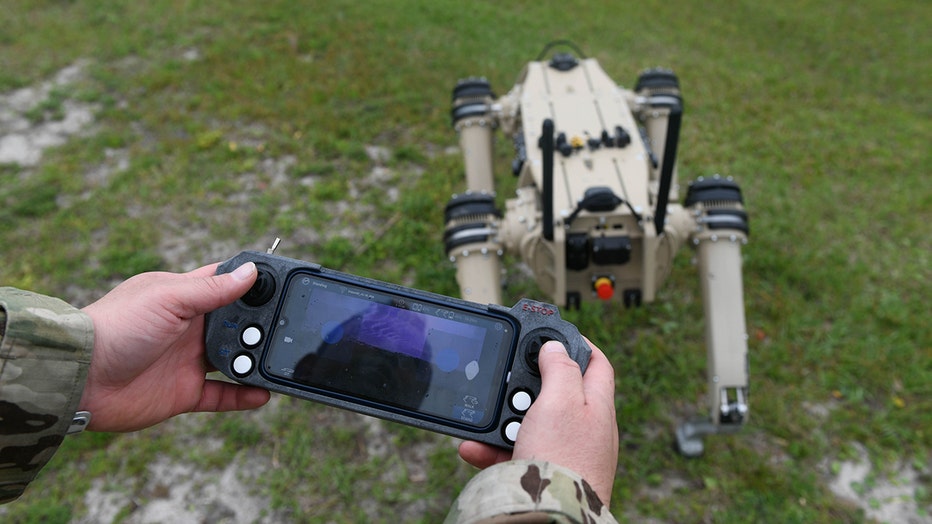 Master Sgt. Krystoffer Miller operates the robodog at Tyndall AFB using a mobile phone integrated into a hand-held controller. The dog has 14 sensors that give Miller a 360-degree view. (U.S. Air Force photo)

The Air Force in the meantime seems eager to exercise the technology's full potential. Late last year when Tyndall announced the plan to bring in the metal dogs, Maj. Jordan Criss, the commander of the 325th, said he and his unit were "excited" to be first within the Defense Department to deploy this tech for "enhanced security patrolling operations."

"These dogs will be an extra set of eyes and ears while computing large amounts of data at strategic locations throughout Tyndall Air Force Base," Criss said in November. "They will be a huge enhancement for our defenders and allow flexibility in the posting and response of our personnel."

This article was produced from New York City with DoD and file reports.

The New York Police Department is testing a robotic dog, so to speak. The device searched an apartment in the Bronx.