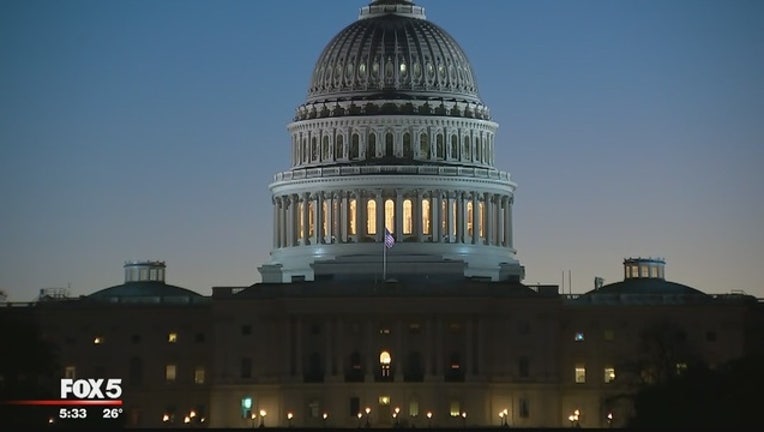 OAKLAND (BCN) - Alameda County Supervisor Wilma Chan said Wednesday that if the month-long federal government shutdown continues much longer, there will be a devastating impact on tens of thousands of county residents who depend on services that are federally funded.

Speaking at a news conference at the North Oakland Self Sufficiency Center in downtown Oakland, Chan said, "There are people who will have no way to get food" if the shutdown continues indefinitely.

Chan said that's because the state's CalFresh program, a Supplemental Nutrition Assistance Program (SNAP) that helps low-income households purchase nutritious food, may exhaust all of its federal funding by early to mid-February.

Without funding, no additional benefits will be issued in February, which would leave vulnerable county residents at risk, she said.

Chan said she also is concerned about the impacts on the 800,000 affected federal workers, some of who are furloughed and others who are working without pay.

In addition, the shutdown could affect Women, Infants, and Children (WIC), a national nutrition education program that promotes healthy eating for parents and guardians raising infants or children under the age of five, she said.

"With so many Alameda County residents already struggling to make ends meet, the possibility of losing CalFresh benefits would be devastating. These gaps in coverage could result in severe consequences for individuals and working families both locally and nationwide in the weeks to come," Chan said.

She said that at next week's Board of Supervisors meeting, she will ask the board to allocate up to $1 million from a county-created federal emergency impact fund to provide additional food for affected CalFresh recipients and federal workers.

Chan said the funds would come from what she described as "an anti-(President) Trump safety net fund" that board members set up two years ago because they expected they might need the money since they feared Trump would cut funding for some government programs.

"We knew it would be for something, but we're extremely upset it happens to be food," she said.

According to Chan, CalFresh brought approximately $192.4 million in 100 percent federally funded benefits to Alameda County in 2017 and as of June 2018 more than 106,100 county residents were receiving CalFresh benefits, including 7,130 seniors and 46,390 children.

Allison Pratt of the Alameda County Community Food Bank said her agency already has provided thousands of bags of food to furloughed government employees and is preparing to expand food distribution if people lose their CalFresh benefits.

"We're treating this like an emergency," Pratt said. CalFresh recipient Leroy Scoggins of Oakland said, "I won't know what to do" if he loses his benefits and described the current uncertainty as "unbearable."

Scoggins said, "I've never had to go the Food Bank before but I probably would have to go there."

CalFresh recipient Ronald Singleton of Oakland, who has two children, said not funding the program "is taking food from children's mouths" and "is like taking a natural resource out of the community."