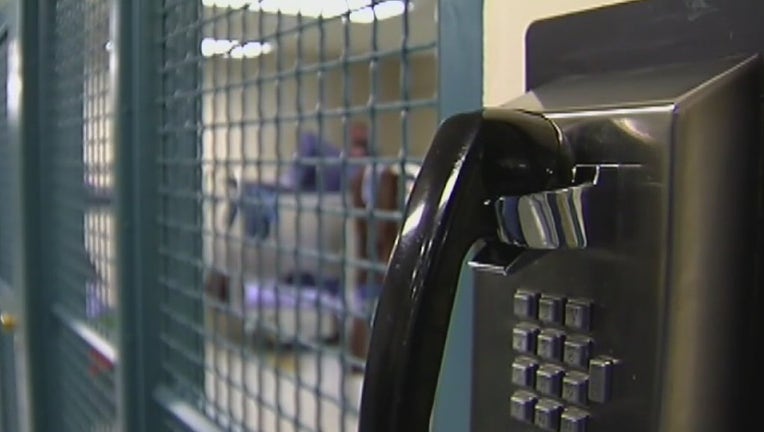 SAN JOSE, Calif. - At the end of a 5 ½-hour court testimony over whether to sign a legal agreement to change the mental health care conditions at Santa Rita Jail, lawyers for Alameda County – the defendants in the suit – acknowledged that conditions in the Dublin facility need overhaul and need it quickly.

County counsel Samantha Wolff told U.S. Magistrate Nathaneal Cousins of San Jose on Thursday that he should sign what is known as a "consent decree," which would provide six years of oversight by a civil rights law firm over aspects inside the jail.

"None of the comments cast doubt that improvements are needed," Wolff said, adding that final approval of the consent decree is urgently needed.

The reforms included in the decree would mandate that those who need it will get adequate mental health care; people will be placed in therapeutic housing units instead of restrictive maximum security units; more out-of-cell time will be given; and the use of small "safety cells" will be curtailed.

The oversight will be conducted by the plaintiff's lawyers, Rosen, Bien, Galvan and Grunfeld in San Francisco, who sued Alameda County in 2018 on behalf of incarcerated people who suffer from mental illness.

Wolff's comments came at the end of the hearing, which included dozens of incarcerated people telling the judge that conditions in the jail are terrible, from the nearly inedible food to deputies assaulting them and turning off their body cameras during some of these events.

Lawyers noted that inviting such a large group of incarcerated people to speak at a court hearing by phone from jail in a class action case was quite rare, if not unprecedented.

Many of the inmates' complaints fell outside the scope of the lawsuit, but everyone at the hearing heard plenty of testimony about the conditions inside the jail.

Many of those incarcerated said they opposed the consent decree, but in actuality, their comments seemed to support wanting many aspects of what the legal settlement will provide.

"The jail is a zoo," James Pace said via a tablet inside the jail that was piped into the virtual court hearing.

Lamont Lomack complained of excessive force and abuse by staff. "We need better help and care," he said.

There is opposition from many activists who don't want the judge to sign the consent decree, as it would inevitably direct more money and more deputies to the jail. And they worry that Santa Rita Jail will effectively become the largest psychiatric facility in Alameda County. Instead, the critics don't want most people incarcerated in the first place. They want people with mental health issues to instead be cared for in community clinics or the John George Psychiatric Hospital in San Leandro.

"The settlement is tragic," former state Sen. Lori Hancock said during last week's court hearing. "Hundreds of millions of dollars will be spent on the jail, which has a troubling history and will become the largest mental health facility in Alameda County."

However, Kara Janssen, whose law firm sued Alameda County and who would be part of the team overseeing the jail if the consent decree is signed, said that like it or not, Santa Rita Jail already is the county's largest de facto psychiatric institute. And since it is, she said, her firm believes that they can enact reforms to make conditions better until the entire criminal justice system changes.

She pointed out that many of the things that were cited, such as lack of mental health care, excessive use of force and lack of out-of-cell time, are all addressed in the consent decree.

She also urged the judge to sign the decree quickly so that "people can see some relief from the jail's terrible conditions."

Janssen also told the incarcerated people who spoke at the hearing that if they are retaliated against for testifying that they should contact her firm.

As for a final decision, Cousins did not comment on the conditions described during the hearing, simply thanking each person for sharing their story.

Instead, he said he will issue a written order on whether he approves the consent decree or not. He did not give a date as to when that will be issued.