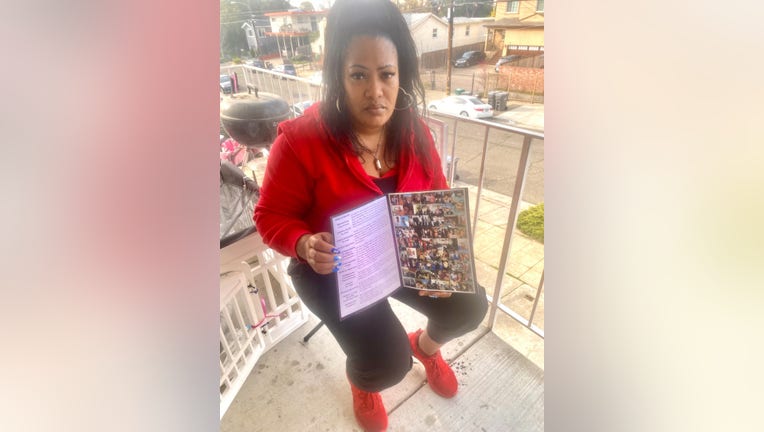 OAKLAND, Calif. - Maurice Monk was voted "Mr. Castlemont" in high school because he was good-looking and popular. He participated in the Upward Bound college prep program. He got a full ride to Sacramento State University on a football scholarship.

And then his life took a downward spiral when his sister said he smoked some cannabis laced with something in college and started to have hallucinations. Since then, Maurice Monk was diagnosed with bipolar disorder and schizophrenia and had been seen by a psychiatrist at Kaiser for at least six years.

When he took his medication, he was fine, his sister said.

"He was normal," Elivra Monk said recently in a lengthy interview. "Things were good."

But now, things are not good.

Maurice Monk was pronounced dead at Santa Rita Jail on Nov. 15 – the same day another incarcerated person was killed, apparently in a homicide by a cellmate who hasn't been charged. He was one of seven people to die at Santa Rita in 2021 and among the 57 to have died since 2014, according to an analysis of in-custody deaths at the Dublin jail since 2014.

And though the Monk family held a funeral service for him at the Humanist Hall two weeks before Christmas, there is much they don't know. 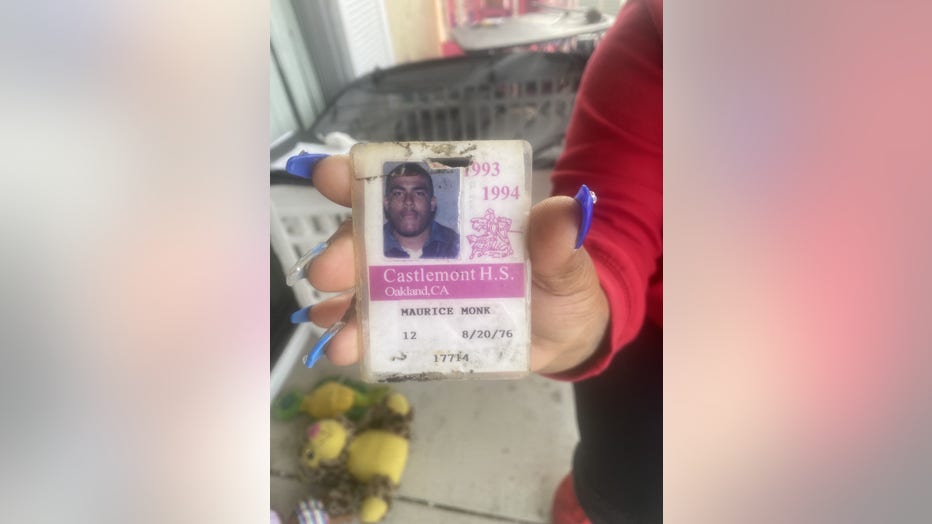 A spokesman at the Alameda County Sheriff's Office said it appears as though Maurice Monk died of natural causes, but his sister had previously told KTVU that he had sought in vain to get her brother the medication he needed for his high blood pressure, diabetes and schizophrenia inside the jail – to no avail. On the day she was told she was finally allowed to fax over his prescription for Haldol to help him think more clearly, was the day deputies showed up at her door to announce that her brother was dead. He had been incarcerated since Oct. 11.

Two months later, the Monk family does not have a death certificate, an autopsy or an explanation how the 45-year-old father and former security guard was found unresponsive in Housing Unit 1, the area for those with mental health issues. She also finds it extremely odd that she hadn't heard from her brother for at least two weeks before his death, as she was his go-to and essentially his guardian of all his medical information. And she has lingering concerns that even his probation officer had never seen him in person before his death.

Elivra Monk said what angers her so much is that it was so obvious her brother had mental health issues and that they weren't addressed properly, from deputies whom she fears didn't check on him regularly to the judge who denied him bail for such a seemingly small offense.

Maurice Monk had only had one prior arrest in his 20s and the latest arrest on June 2, 2021, was for not wearing a mask on a bus. The driver called police when Monk got argumentative over pulling the mask up fully over his face. His sister said masks often made her brother feel and panic-stricken.

The Public Defender's Office said Maurice Monk never should have been jailed in the first place. The District Attorney's Office had no comment on why prosecutors were pursuing a misdemeanor charge against him or why they were opposed to reducing bail. The Monks couldn't afford the $2,500 to get him out.

"People with mental health issues do have rights," Elvira Monk said. "Don't judge them. Help them."

Addressing mental health issues at Santa Rita Jail is the crux of a nearly 3-year-old battle between attorneys representing incarcerated people with mental illnesses, many who have also been kept in isolation, compounding their mental fragility.

A federal judge on Wednesday is expected to sign a "consent decree" – a legal agreement in the works ever since Jeffrey Bornstein and Kara Janssen of the firm, Rosen, Bien, Galvan & Grunfeld in San Francisco sued Alameda County and the Sheriff's Office in 2018, alleging the cruel and unusual use of isolation and lack of adequate mental care at Santa Rita Jail.

But that signature might be derailed, or at least be delayed, after more than 100 incarcerated people in jail, along with activist groups such as attorney Yolanda Huang, former state Sen. Lonnie Hancock, the American Friends Service Committee and the Anti Police Terror Project filed declarations opposing the terms. They are urging U.S. Magistrate Nathaneal Cousins reject the consent decree on the grounds that the agreement would not prevent abusive treatment and instead would pour resources into jail staff rather than needed social services.

Meanwhile, Bornstein and Janssen, as well as the county, counter that the terms of the consent decree will improve the lives of most living behind bars. For example, the terms of the agreement mandate that those who need it will get adequate mental health care and a treatment plan; people will be placed in therapeutic housing units instead of restrictive maximum security units; more out-of-cell time will be given; and the use of small "safety cells" will be curtailed. In addition, the classification system of inmates will be redesigned to reduce the number of people put into isolation and there will be better coordination for people sent to John George Psychiatric Hospital.

The oversight would last six years.

According to the Prison Policy Initiative, 37% of those in state and federal prison have been diagnosed with a mental illness and in county jails, that number is even higher – 44%. While in jail, the students show that the number of people experiencing "serious psychological distress" is one out of every four people. 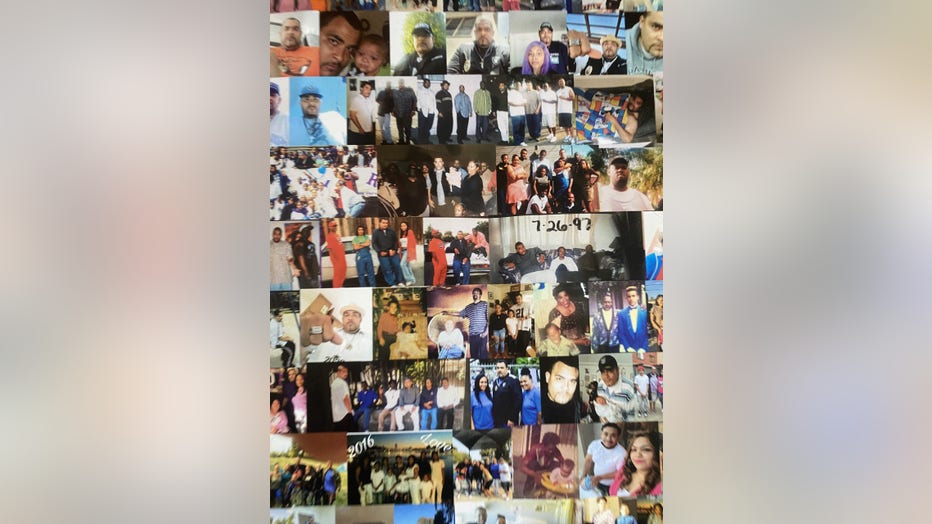 A collage of Maurice Monk's life.

Elvira Monk is sure her brother had suffered some sort of psychological stress while incarcerated.

That's especially because she wasn't able to quickly convince jail authorities and the Wellpath medical team that she had the proper prescriptions from Kaiser Permanente ready to be filled at the jail. This is a repeated complaint by many loved ones incarcerated in the jail that they are not given their medications in a timely fashion, if at all.

She also knows her brother likely suffered emotionally because she hadn't been able to speak to him for at least two weeks.

But when Maurice Monk took his medication, he was a functioning human being who loved his two children, both of whom are teenagers.

He worked as a security guard for several venues. He volunteered at the Boys & Girls Club in Oakland. He took one little boy under his wing and tutored him at the library. He played pool with his friends. He was a good brother to his two younger sisters and stepsister. Before his mother died of COVID in 2020, Maurice Monk was also a good son. The two regularly attended church together.

He played pool. And he cooked. Or at least, he tried.

"I never ate his cooking," Elvira Monk said with a smile. "I'm not gonna lie."

The two became even closer when Elvira Monk became the de facto guardian of Monk's medical appointments and information. Some of her favorite times with her brother was just driving him to the doctor, making sure he was well and staying on track. She regularly pulls up a video of the two of them listening to music in the car on their way to one of those appointments.

"I knew everything about his medical history," she said, providing a binder of information. "The doctors would always call me if they couldn't reach my brother."

Elvira Monk is not exactly sure how to move forward now, only knowing that she doesn't want people to forget her brother. She has casually connected with the mothers of Devin West and of Larry Roberson, two other men who died at Santa Rita Jail in 2021. But she's not sure what else can be done.

"I just want to keep this going," she said. "I just don't want this to die down."