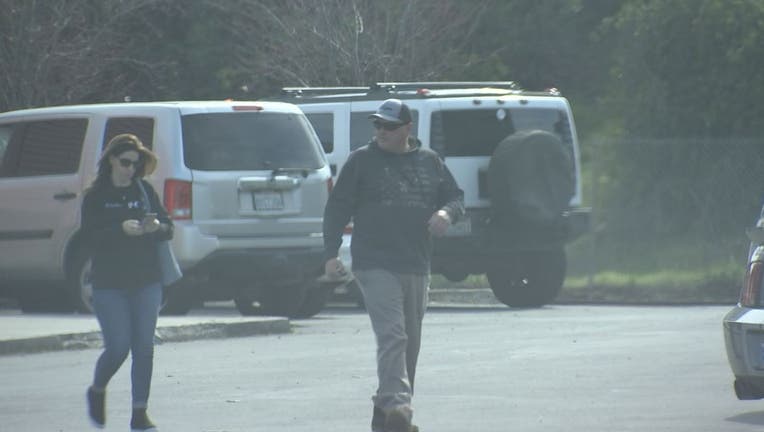 OAKLAND, Calif. - The Alameda County sheriff's deputy who claims he was injured in a shoving match with a Toronto Raptors executive may have to repay the county $142,000.

That's because the county wants Deputy Alan Strickland to return all of the money he's received so far in worker's compensation benefits if he prevails in his federal lawsuit against the Raptors, president Masai Ujiri, Maple Leaf Sports and the NBA.

The exact amount that the county has paid out so far since the high-profile June 2019 shoving match is $142,984. As of four months ago, Strickland had not returned back to work.

Insurance experts said this type of lien request is a standard move to try to recoup payouts. The county filed it Wednesday in federal court.

"If the deputy wins his case, this is saying that the county should be first in line to get that money and that he should not be able to collect twice," said Thomas Richard, managing partner at Oakland's RTGR law firm.

Richard is not connected to this case, but his firm is regularly hired by Alameda County to oversee similar workers' compensation "subrogation" cases.

Alameda County is self-insured, Richard said, meaning that all the money paid to Strickland has been paid out-of-pocket, directly from the taxpayers.

Strickland's suit alleges he suffered physical injuries to his head, jaw, chin and teeth after the Raptors beast the Golden State Warriors during Game 6 of the Finals.

He also filed a workers' compensation claim alleging Ujiri “circumvented” the security checkpoint and then tried to “storm” the court and “hit him in the face and chest with both fists.”

No one disputes that Strickland and Ujiri got into a shoving match.

But how hard the shove was is at the heart of the lawsuit.

According to eyewitness accounts, Ujiri rushed down to congratulate his team and the deputy stopped him because he said Ujiri wasn’t properly showing his credentials.

Witness accounts along with some cell phone video show there was a brief, heated altercation between the two men.

The Raptors countered the deputy’s claims are “baseless and without merit.”

Strickland and his attorneys, David Mastagni and John Holstedt of Sacramento, have declined to comment after numerous efforts to contact them.