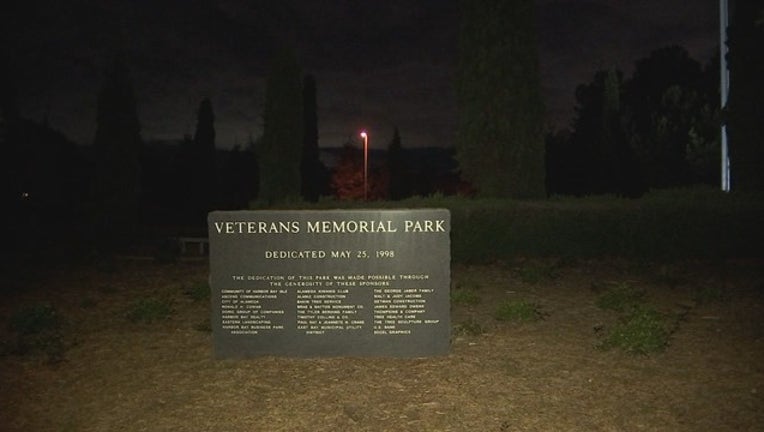 ALAMEDA, Calif. (KTVU/BCN) - A body was found in some burned vegetation near Veterans Memorial Park in Alameda Thursday, police said.

Officers had responded to a brush fire near the park Thursday afternoon and when they arrived they found a body.

Police Lieutenant Wayland Gee said officers received several calls of a brush fire and possible body at 1:51 p.m. When they arrived, the fire was already put out by witnesses who used personal extinguishers.

How the person died is under investigation, according to police. No other property or people were harmed.

No other details have been released.