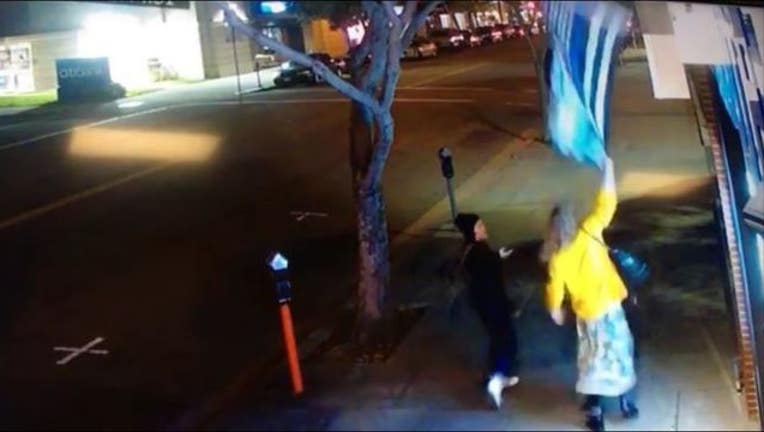 Alameda police are looking for the woman seen in this picture after she took down a 'thin blue line' American flag in the 2400 block of Santa Clara Avenue on March 26, 2019. Photo: Alameda police.

ALAMEDA, Calif. (KTVU) - A woman was seen taking down a "thin blue line" American flag that symbolizes support for police, prompting an outcry and a search for her whereabouts.

Alameda police said Monday that they are looking for the woman, seen in the surveillance video in a yellow coat, jumping up and taking down the flag on March 26 in from of a storefront in the 2400 block of Santa Clara Avenue. It appears as though she walked away with it.

On the department's Facebook page, people chastised her for taking down the flag. "I feel bad for the officers that have to protect and serve those that disrespect the flag," someone wrote.