The young boy who spark a statewide Amber alert remains missing. His Clarkston family held a vigil with members of the community to pray for his safety and plead for his safe return.

CLARKSTON, Ga. - The search continues for a missing one-year-old boy who was taken along with a vehicle in front of a Clarkston apartment complex early Wednesday morning. A Levi's Call, Georgia's Amber Alert System for missing and abducted children, is still in effect despite the car he was originally in being found.

Family members gathered in the parking lot of the apartment complex located at 1000 Montreal Road for a vigil nearly 18 hours after his reported abduction to pray and plead for his safe return.

A family said someone stole their car and kidnapped the boy, who was sleeping inside. The car was found a few miles away but the boy wasn't inside and he's still missing.

Bray addressed the bundled-up crowd and surrounded the parking lot one-year-old Blaise Barnett was last seen sleeping in the family SUV. Family members were putting away groceries just after 1 a.m. and were only gone for a moment when someone made off with the 2002 Ford Explorer, police said.

That SUV would be found around 10 a.m. about two miles away from the family's apartment. There was no sign of the child or his car seat.

"I've never been away from him like this where it's like I don't know where he's at…so I'm hurt," Bray told the crowd.

"God we lift this family up right now in their time of need. We know God you won't put no more on than we can bear," one person in attendance said leading the crowd in prayer. 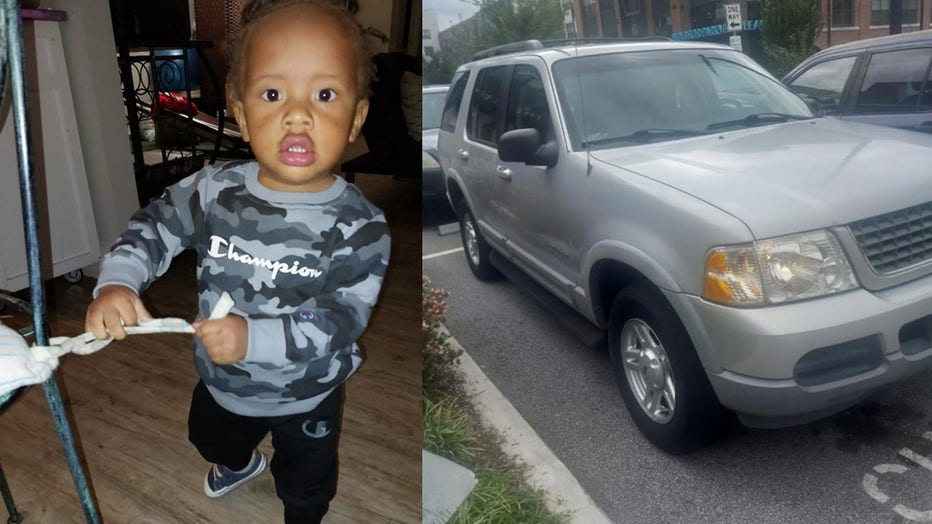 The infant was last seen wrapped in a blanket while wearing a black shirt with blue dinosaurs, a diaper, and no pants.

"Bring him home. He is no harm.  He is the sweetest boy in the world and if he is crying it's because he is not with me.  He is going to keep crying 'til he gets with me," Bray said earlier in the day.

The FBI is assisting with the investigation, officials confirmed.

"This is still a fluid and active investigation and our top priority is to find Blaise," Clarkston Police Sgt. Dustin Bulcher said. 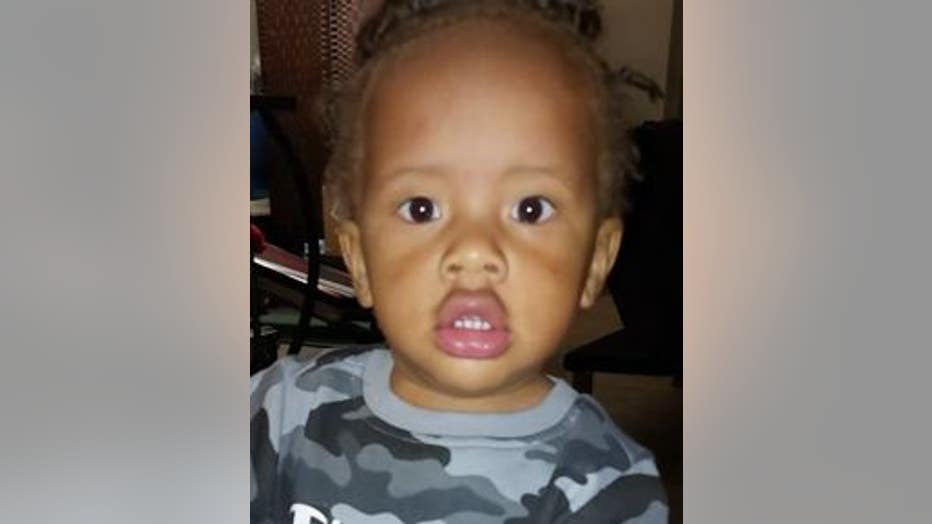 James Dent told FOX 5 he was the one who called police to report he had found the vehicle at the Dennon Hills Condominiums in DeKalb County around 10 a.m.  He said a man who was in the area ran when he approached.

"And I noticed that was the vehicle they was looking for, I called 911 told them about the vehicle and the gentleman they wound up catching him," said Dent.

Police confirmed they interviewed a man who Dent said was near the vehicle when he found it but said no one is in custody in connection with the boy's disappearance.

Family members raced to the area where the vehicle was found just before, devastated to learn the boy and the car seat were missing from the vehicle.

One-year-old Blaise Barnett was sleeping inside an SUV in front of his family's home when it was stolen. Now police are trying to find him and the missing vehicle.

"He loves his mom. We can't even hold him without him wanting his mom. So we would really like for everyone to be on the lookout for my nephew," Chantene Miller told FOX 5. "He's loveable. He's probably crying right now because he doesn't have his mom."

Miller said the family will not press charges if Barnett is returned safely.

"To the young man, I know we make mistakes out here. Have some compassion in your heart, trust God to drop my nephew off safe," she said.

It is not known at this time who the young boy could be with.

Anyone with information that could help investigators locate the child or have possibly seen the vehicle involved in the alert, please call 911 immediately.