The airline said Wednesday that it expects to slowly bring the plane back into its schedule starting Jan. 16.

FORT WORTH, Texas - American Airlines is pushing back the expected return of its Boeing 737 Max jets into next year and says the grounding of the planes cut its third-quarter pretax income by $140 million.

The airline said Wednesday that it expects to slowly bring the plane back into its schedule starting Jan. 16.

That is six weeks later than American planned just last month, and the sixth time the airline has pushed back the plane's return. 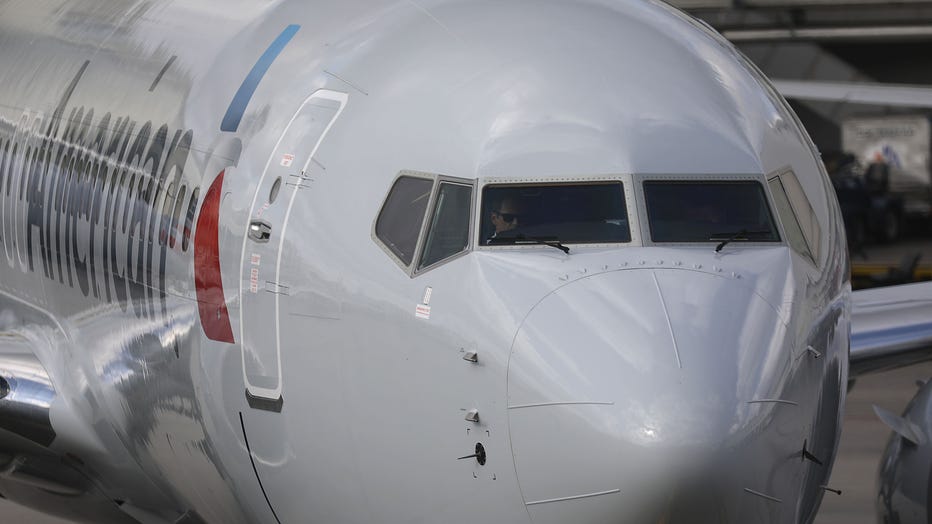 An American Airlines Boeing 737 Max 8 pulls into its gate after arriving at the Miami International Airport from Saint Thomas on March 13, 2019 in Miami, Florida. (Photo by Joe Raedle/Getty Images)

Fort Worth-based American said it will drop about 140 flights per day until mid-January because of the grounding.

In an update for investors, the airline indicated that demand for tickets remains solid, with a key measure of revenue per seat rising about 2% in the third quarter. Some costs are rising, but jet fuel was cheaper than American had expected during the quarter, and it slightly raised its profit-margin estimate. Fuel is usually an airline's second-highest cost after labor.

American has 24 Max jets in storage and expected to have 40 by the end of the year. American has about 950 jets, not counting smaller American Eagle planes.

The Max was grounded worldwide after two crashes in Indonesia and Ethiopia killed 346 people. Boeing is working on changes to flight-control software and computers.