A gunman sporting a rifle and body armor opened fire in a supermarket in Buffalo, New York, killing at least 10 people before being taken into custody Saturday afternoon, law enforcement officials said. The incident is being investigated as a racially-motivated hate crime.

A series of mass shootings killed and injured several people over the weekend in Buffalo, New York; Laguna Woods, California, and Houston Texas.

Here is what's known about each of the investigations:

A White 18-year-old wearing body armor and livestreaming with a helmet camera opened fire at around 2:30 p.m. local time on Saturday outside Tops Friendly Market. It’s a supermarket in a predominantly Black neighborhood of Buffalo, New York.

The gunman streamed the shooting to a small audience on Twitch for several minutes before the platform cut off his feed.

According to police, the gunman began shooting in the parking lot and then moved inside the store. Security guard Aaron Salter fired multiple shots, but none penetrated the gunman’s armor. The gunman killed Salter, who was Black, and then stalked through the aisles, shooting shoppers.

When police confronted the gunman in the store’s vestibule, he put his rifle to his own neck but surrendered and dropped the gun with coaxing from the officers. 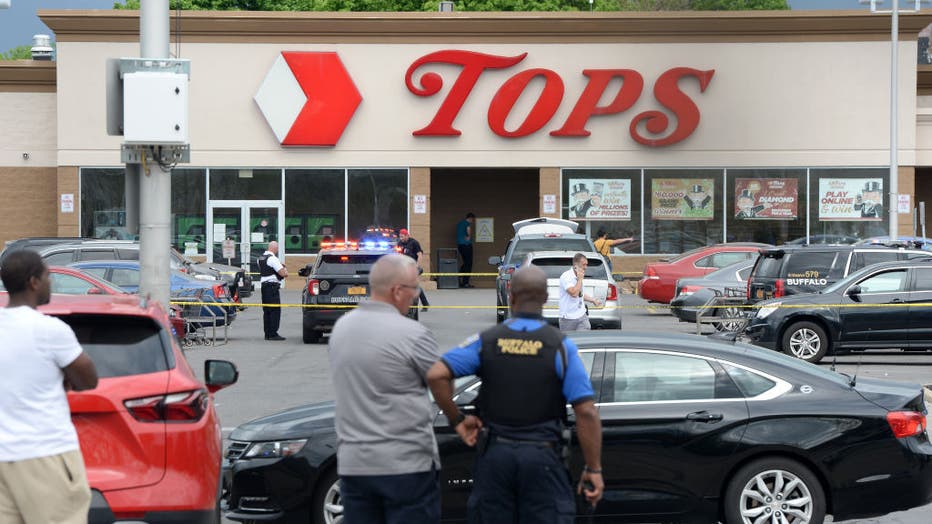 BUFFALO, NY - MAY 14: Buffalo Police on scene at a Tops Friendly Market on May 14, 2022 in Buffalo, New York. According to reports, at least 10 people were killed after a mass shooting at the store with the shooter in police custody. (Photo by John N

Police have identified the gunman as Payton Gendron, of Conklin, New York. Conklin is a small town about 200 miles (320 kilometers) southeast of Buffalo, not far from the Pennsylvania state line.

A document circulated widely online, purportedly written by Gendron, seemingly outlines racist, anti-immigrant and antisemitic beliefs. Among them was a desire to drive all people not of European descent from the U.S., federal authorities said. The document seemed to draw inspiration from the gunman who killed 51 people at two mosques in Christchurch, New Zealand, in 2019.

"This was pure evil. It was (a) straight-up racially motivated hate crime from somebody outside of our community, outside of the City of Good Neighbors ... coming into our community and trying to inflict that evil upon us," Garcia said.

The FBI is investigating the shooting as both a hate crime and racially motivated violent extremism.

A man who opened fire during a lunch reception at a Southern California church on Sunday was detained by parishioners, according to a sheriff’s official who called their intervention an act of "exceptional heroism and bravery."

One person was killed and four others were critically wounded in the afternoon shooting at Geneva Presbyterian Church in the city of Laguna Woods, Orange County Sheriff’s Department officials said.

The suspect in the shooting, an Asian man in his 60s, was in custody and deputies recovered two handguns at the scene, Undersheriff Jeff Hallock said. A motive for the shooting wasn’t immediately known, but investigators don’t believe the gunman lives in the community, Hallock said.

One person was killed and at least four others were injured after a shooting at a church in Laguna Woods Sunday afternoon, according to the Orange County Sheriff's Department.

The majority of those inside the church at the time was believed to be of Taiwanese descent, said Carrie Braun, a sheriff’s spokesperson.

Between 30 and 40 people were gathered for lunch after a morning church service when gunfire erupted shortly before 1:30 p.m. local time, officials said. When deputies arrived, parishioners had the gunman hog-tied and in custody. 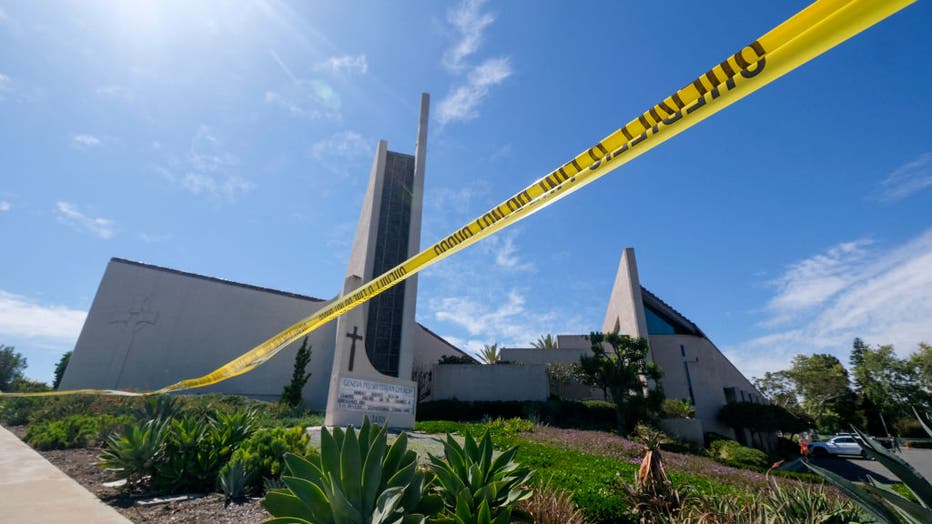 A police yellow tape is seen after a shooting inside Geneva Presbyterian Church in Laguna Woods, California, on May 15, 2022. - One person was dead and four people were "critically" injured in a shooting at a church near Los Angeles, law enforcement

The lunch reception was honoring a former pastor of a Taiwanese congregation that has services at Geneva, according to a statement from the Presbytery of Los Ranchos, a church administrative body.

Two people were killed and three more were taken to a hospital with injuries after a shooting Sunday at a bustling Houston flea market, authorities.

The shooting at the open-air market arose from an "altercation" that involved at least two guns and all five of the people, according to Harris County Sheriff Ed Gonzalez. He said no "innocent bystanders" were injured.

Investigators believe one of the people hospitalized was among those who opened fire and two more suspected shooters were detained at the scene, a sheriff’s deputy told a local news outlet. 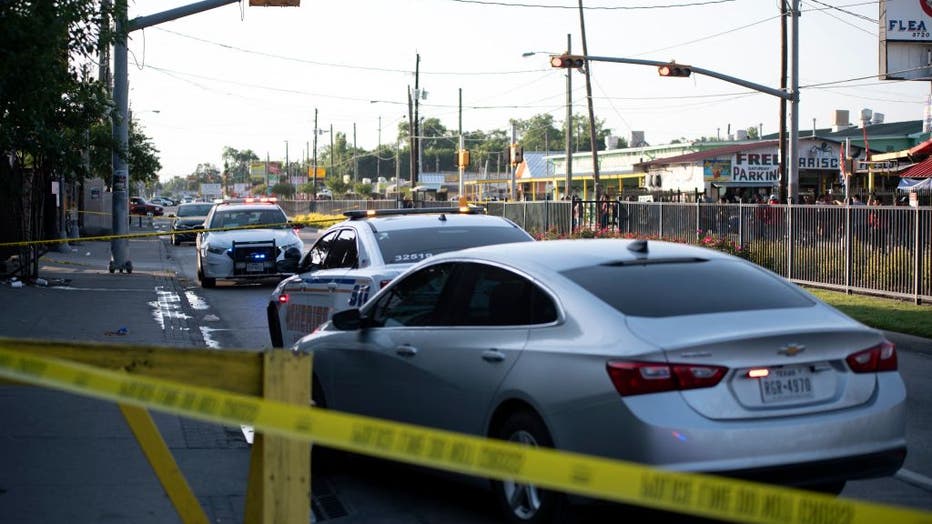 Thousands of people were shopping at the market 14 miles (22 kilometers) north of Houston’s downtown when the shooting began around 1 p.m. Sunday, Gonzalez said on Twitter.

The sheriff said multiple shots were fired and that deputies recovered two pistols from the scene. Authorities did not immediately provide further information about what led to the shooting but said all the people involved were men in their 20s who appeared to know each other.