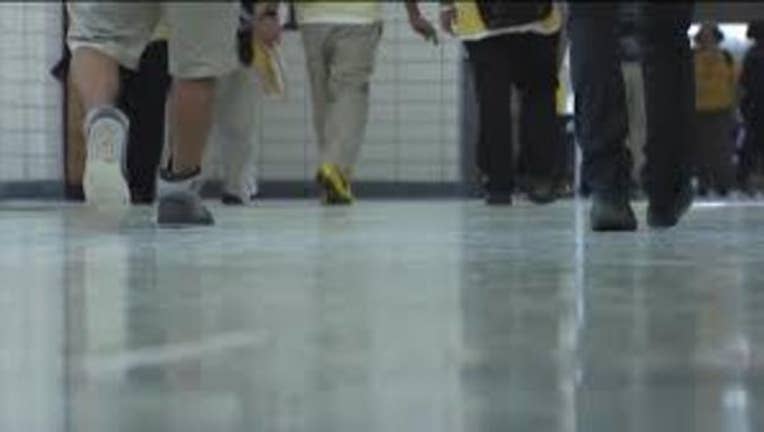 File photo - An annual trip that was scheduled to take about 35 African American students and their adult chaperones to South Africa this summer was canceled abruptly last month due to lack of funds.

OAKLAND, Calif. (BCN) - An annual trip to South Africa for students in and around Oakland was canceled abruptly last month when the trip organizer announced that she was unable to secure the necessary funding, leaving families scrambling for answers.

The nearly two-week trip was planned for about 35 African American students and their adult chaperones, but was canceled at the last minute by organizer Kharyshi Wiginton, who said she was $30,000 short of the $60,000 total cost.

The announcement left participants, many of them current and former students within the Oakland Unified School District, wondering how something like this could happen and if they would receive refunds for their $1,000 deposits.

"We will be reviewing our processes with Culture Keepers (and other similar organizations) to ensure this type of problem does not arise again," district spokesman John Sasaki said in an email. "We know that the last minute cancellation was a major letdown for our students, and we certainly intend to prevent the same thing from happening again in the future."

The district sent out a news release on March 19, inviting reporters to the West Oakland BART station, where the group was scheduled to board trains to the San Francisco International Airport at about 11 p.m.

Instead of heading off to their early morning flight, however, participants received an apologetic text message from Wiginton informing them that the trip had been postponed until June.

She also said that she'd provide full refunds to people who wanted to opt out of the rescheduled trip. Several parents responded to the message with shock and disappointment.

Tawny Pederson, a California State University East Bay student who was signed on to be a mentor for the trip, said she felt misled and disappointed about the cancellation.

"She didn't lie, but she wasn't telling the whole truth," Pederson said. "It's just kind of upsetting and a lot of people have commitments in June. I have an internship, so I can't go in June, so I did all that (fundraising) for nothing."

In addition to deposits, the group, which started meeting at McClymonds High School in September, was required to help with fundraising events leading up to the trip.

Pederson, who has received a refund of her deposit but not yet for the money she solicited from donors during her fundraising efforts, said she was satisfied so far by Wiginton's response.

This would have been the fourth time Wiginton was to shepherd a group of Oakland students to South Africa, a trip that in the past included safaris, a visit to the Soweto township, Nelson Mandela's home and the country's supreme court, Wiginton said.

The students were also looking forward to participating in a traditional African naming ceremony and connecting with South African youth, among other things.

This year, "despite every effort that I put in nothing panned out" in terms of fundraising, Wiginton said.

She said that the final funding for past trips came in at the last minute and even then she would have to do additional fundraising after returning to the U.S. in order to ensure the expenses were all accounted for, even going so far as dipping into her own salary.

"It's important to note that every other time we were able to have a miracle and, unfortunately, this time we weren't," Wiginton said. "It was not an easy call. I love young people. I hate to disappoint them. That was one of the most hurtful tings, to not be able to come though on a promise."