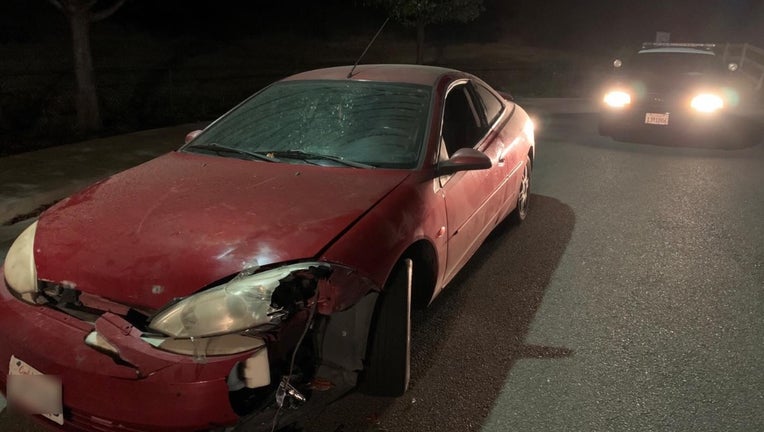 An officer tried to pull over a red Mercury for a vehicle code violation shortly after 4 a.m., but the driver instead continued to Westridge Court and Metcalf Street in Southwest Antioch, where he jumped out of the still-moving car.

"The car rolled into one of our vintage Crown Vic patrol sedans, but these are sturdy vehicles, and fortunately there was no damage," Antioch police said in an announcement.

A foot pursuit ensued and the driver was located in a backyard shed on Glen Canyon Circle in neighboring Pittsburg.

Police said the driver was arrested and that a records check showed he was already wanted for fleeing Antioch officers a week earlier.

The man was booked on the earlier warrant as well as for evading an officer, police said.

A passenger car was also found to have a warrant for auto theft and both were taken to County Jail in Martinez, police said.