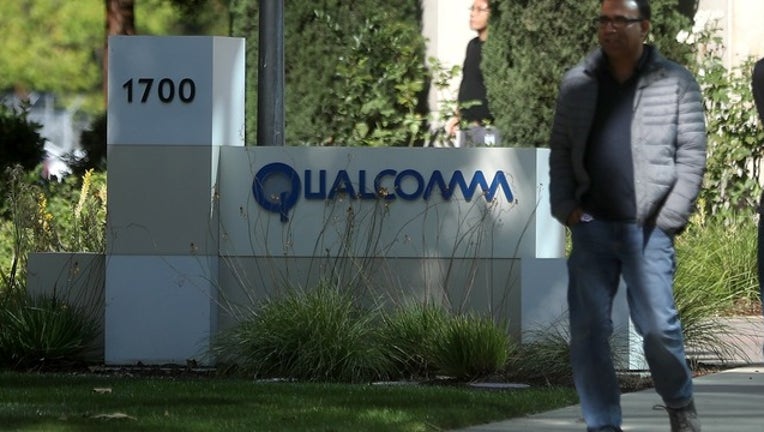 Qualcomm and Apple announced an agreement to dismiss all litigation between the two companies worldwide on Tuesday. (Photo by Justin Sullivan/Getty Images)

SAN FRANCISCO (AP) - Apple and mobile chip maker Qualcomm have settled a bitter financial dispute centered on some of the technology that enables iPhones to connect to the internet.

The surprise truce announced Tuesday came just as the former allies turned antagonists were facing off in a federal court trial that was supposed to unfold over the next month in San Diego. The resolution abruptly ended that trial.

Apple had been seeking at least $1 billion while Qualcomm was seeking $7 billion for unpaid royalties it contended it is owed for its patented technology in the iPhone. Apple's key iPhone suppliers wanted another $27 billion from Qualcomm.

The settlement requires Apple to make a payment to Qualcomm, though the amount wasn't immediately revealed. It also includes a six-year licensing agreement for Qualcomm's technology.