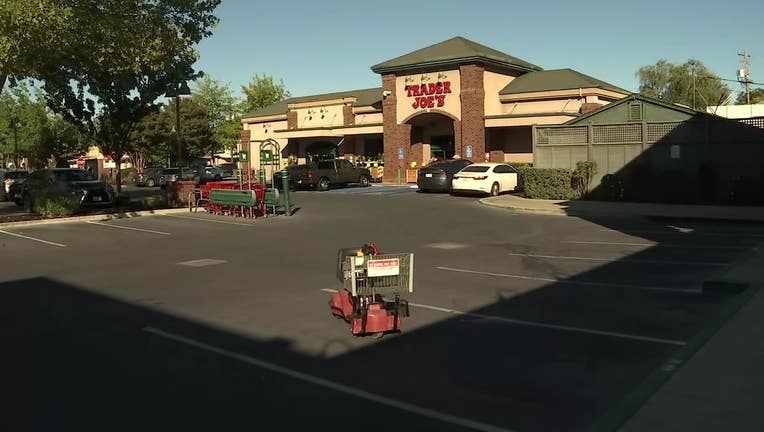 The suspects fled and drove off in a vehicle. There were no injuries.

KTVU's Henry Lee reports the victim was robbed at gunpoint of a Rolex watch worth $40,000 outside the grocery store on Railroad Avenue. Two men had Glock and AR-type weapons and left in a black Acura with a ‘Baby on Board’ sticker a witness told police.

Police in Danville are investigating an armed robbery at the Trader Joe's store late Friday afternoon.

Police said it matches the same description of a vehicle used in a San Francisco robbery.

Danville police issued an alert to the public about this incident at 5 p.m.

Investigators are interviewing witnesses at the store, located at 85 Railroad Ave., west of downtown.

There are no further details.