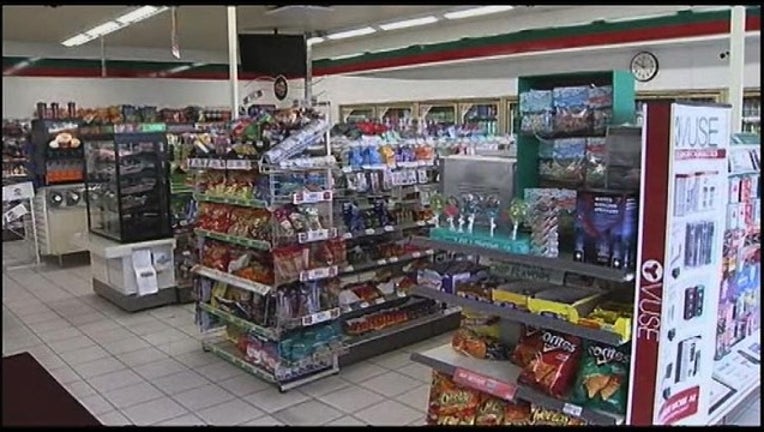 SANTA CLARA (KTVU and wires) -- An armed man who robbed a store in Santa Clara early Sunday morning was shot and killed by police, a police spokesman said.

Two officers drove into a parking lot of a 7-Eleven store located at 2105 Scott Blvd. near Monroe Street around 2 a.m. when they saw a robbery in progress, Santa Clara police Lt. Kurt Clarke said.

The suspect aimed a gun at the store clerk and fired a shot, Clarke said.

The suspect then went out of the store and confronted the officers, who made commands to the suspect, who did not respond to their requestrs.

Fearing for the safety of themselves and people in the parking lot, the officers discharged their firearms at the suspect, who suffered fatal injuries, he said.

Police recovered a loaded firearm and money from the 7-Eleven store found next to the suspect.

The two officers have been placed on paid administrative leave as police conduct an investigation into the shooting.