The Napa County sheriff's office said that a highway shooting is possibly connected to a carjacking in downtown Napa on Friday morning.

NAPA, Calif. - The Napa County Sheriff's Department arrested a man Friday for attempted murder, carjacking and felon in possession of a firearm.

The shooting was reported at 6:40 a.m. on Highway 29 near Highway 221. A male victim was shot through his passenger window in the head, but was able to call 911, sheriff's officials said. 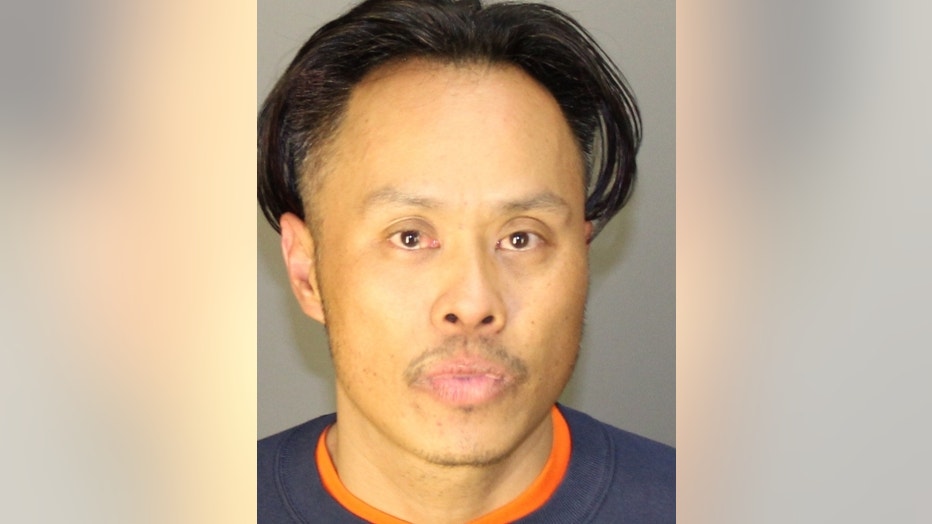 Tuong Nguyen arrested by Napa County Sheriff's Department for attempted murder, carjacking and felon in possession of a firearm.

Eight minutes later, authorities said a carjacking was reported in downtown near Clay and Franklin streets. And just before the shooting, residents had called in to report a reckless driver in the area of the shooting.

At 6:48 a.m. Napa police stopped the vehicle that was carjacked at Highway 221 and Streblow Drive. The occupant of the stolen vehicle, Tuong Nguyen, 42, described as a transient, was detained.

Officers detained Nguyen. He was booked into Napa County Department of Corrections this afternoon, where he is being held without bail.

The shooting victim was transported to a hospital outside of Napa County and is awaiting surgery, according to the sheriff's office.