Sam Ward used his power washer to recreate one of the most iconic photos from 9/11. (Credit: @powerwashingart via Storyful)

NEW BRAUNFELS, Texas - Not all artists need a paintbrush.

Just ask Sam Ward, who used a power washer to recreate an iconic photograph of three firefighters raising an American flag on Sept. 11, 2001. He shared it to his TikTok account ahead of the 20th anniversary of 9/11.

The photo, taken by Thomas E. Franklin, depicts firefighters George Johnson, Billy Eisengrein and Dan McWilliams raising the Stars and Stripes at Ground Zero following the terrorist attacks. It became one of the most endearing symbols of American resilience. 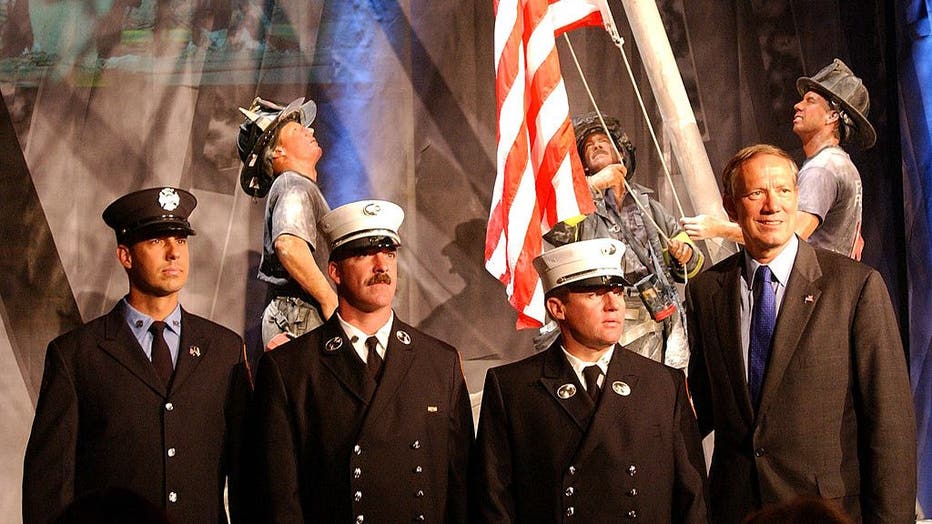 Eventually, it became featured on a US postage stamp. And its proceeds, more than $10 million, went on to benefit 9/11 victims.

Ward began using his power washer to create art when the COVID-19 pandemic began last year. Some of his other notable pieces include Martin Luther King Jr, Rosa Parks, a healthcare worker and the Statue of Liberty.