Police and the FBI are investigating an attempted robbery of a Brinks armored truck where three people were shot and one was killed Friday afternoon in Oakland.

OAKLAND, Calif. - One person is dead and two are injured after a shooting in Oakland at 44th Avenue and International Boulevard. Police confirm this was an attempted robbery of a Brinks truck Friday afternoon.

"This is a terrible situation to happen today that unfolded in broad daylight," said Oakland Police Chief LeRonne Armstrong.

Just before 2 p.m., police received a call about a shooting at this location. Responding officers located two people suffering from gunshot wounds. One of the gunshot victims was transported to the hospital, the other was pronounced dead at the scene. The person who died has not been identified. Police did not say if the person who died was the suspect in the attempted robbery.

A source close to the case tells KTVU a Brinks security guard killed a robbery suspect and the guard was shot in the leg.

Police said another person suffering gunshot wounds later arrived at a local hospital on their own. Investigators are trying to determine how that person was involved. Two firearms were recovered at the scene.

Oakland Police Department Chief LeRonne Armstrong, updated the situation from the scene. He said a Brinks employee and a bystander were shot and wounded. Armstrong said a white vehicle occupied by several individuals is involved with this case.

"We are looking for information and video related to that vehicle and to those individuals in that vehicle. We're trying to identify them as well," Armstrong said. No arrests have been made.

Skyfox flew over the scene. There were numerous evidence markers near an armored Brinks truck outside a Napa Auto Parts store. Witnesses said they heard as many as 20 gunshots and screams.

Chief Armstrong said this is an active scene. This is the 92nd homicide this year. The Federal Bureau of Investigation is supporting this investigation.

This latest incident caps what has been a deadly week in Oakland.

This is a developing story. Check back for new information.

Oakland police chief LeRonne Armstrong said one person was killed Friday during an attempted robbery in the 4400 block of International Boulevard. 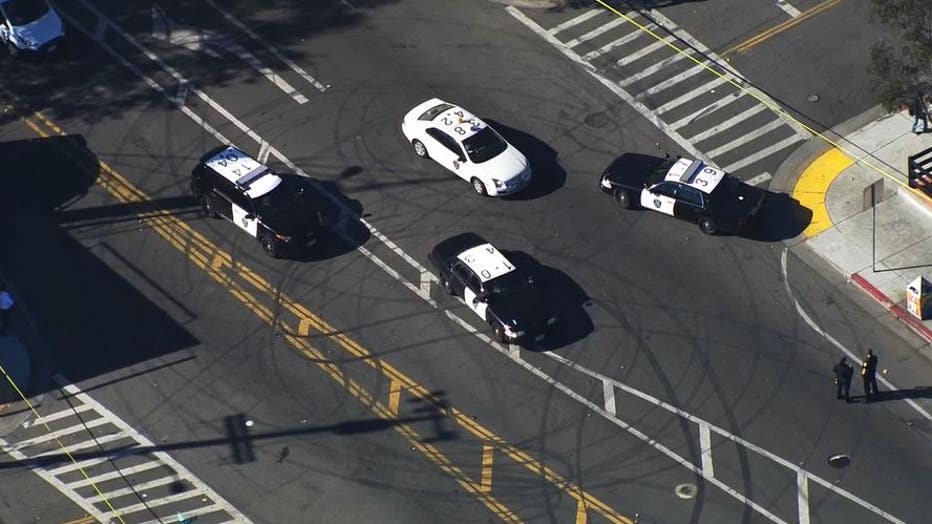 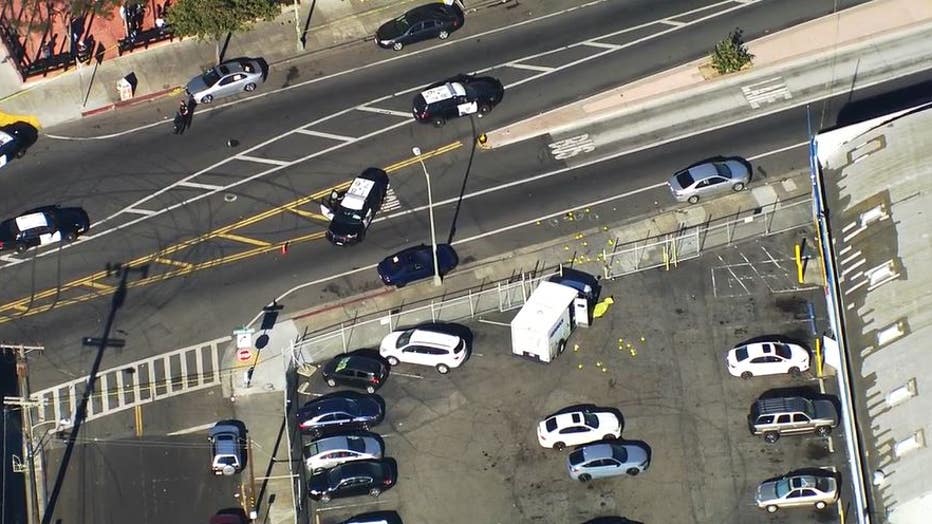